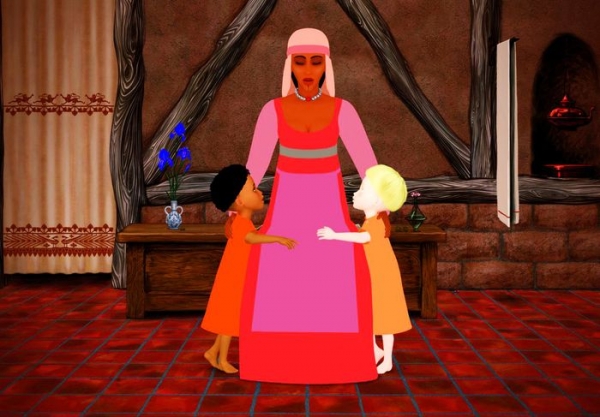 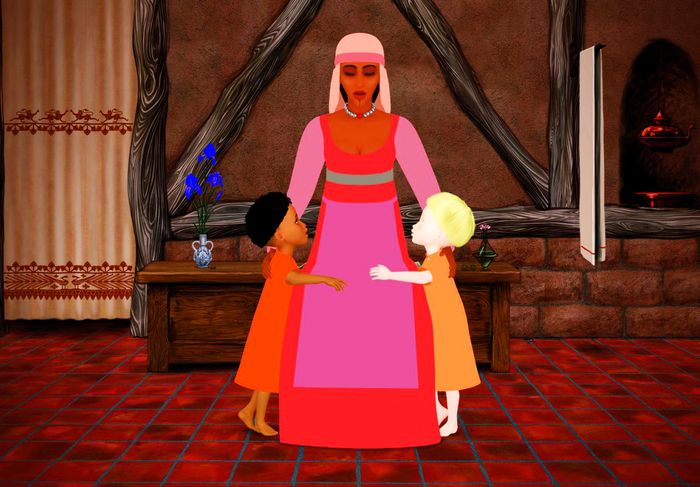 Once upon a time there was Azur, blonde with blue eyes, son of the landowner, and Asmar, darkhaired with dark eyes, son of the childminder, who brought them up as brothers, in a blooming, green land. Life separated them brutally. But Azur never forgot his childhood friends nor the fairy stories of his nanny, in that sun-washed country. When he grew older he went back to the country of his dreams, looking for the Djinn fairy. He found Asmar, he too just as determined to find and win the fairy, against all odds, holding out against the spells of a magic universe.

In this full-length cartoon film, Hiam Abbass worked as coach with the Arab actors. What’s more, hers is the voice of Jenane, Asmar’s mother.

“I loved this story about Azur and Asmar, which shows, in a universal fashion, how we can move two shores closer together. I, myself, who have roots in two cultures, recognised the world I live in. The mixing of two languages affected me even more as I have myself used both French and classical Arabic together in a short film, La Danse éternelle, which I made a year earlier.”. Hiam Abbass

More in this category: « Dégradé Vladivostok »
back to top