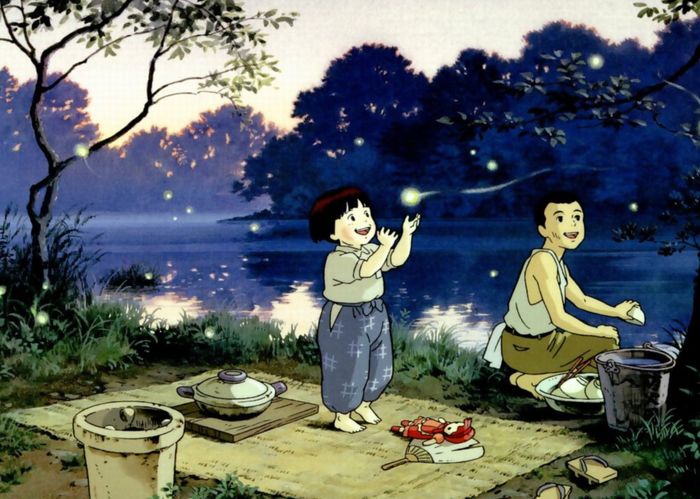 Just after the war in a big city in Japan, a teenage boy dies on the grounds of the war, abandoned by all. Flashback: during the summer of 1945, American B-29s rain tons of incendiary bombs on the city of Kobe. Countless victims die in a gigantic fire. Among the few survivors, in an apocalyptic landscape, Seita, a young 14-year-old boy protects his 4-year-old sister, Setsuko. As their parents are dead, they seek refuge at their aunt’s. She quickly makes it clear to them that they are a burden on the family. So the children decide to leave and move to the country into an abandoned bomb shelter. They make a “home” for themselves in it, a haven of peace, lit by thousands of fireflies that become their playmates.
Grave of the Fireflies is based on an autobiographical short story by A. Nosaka. Like the book, it is an emotional experience and not at all sentimental.
Published in Movies
Tagged under

More in this category: « Tokyo Story Sansho The Bailiff »
back to top