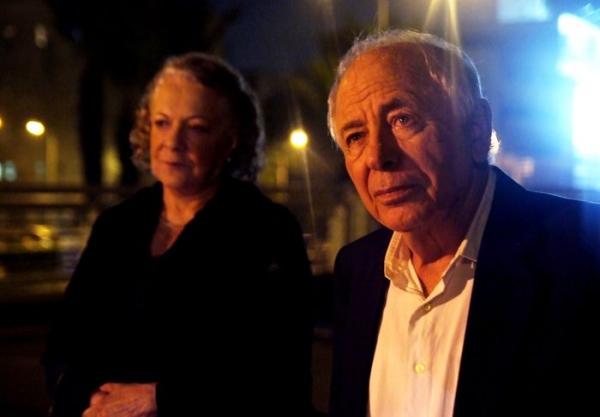 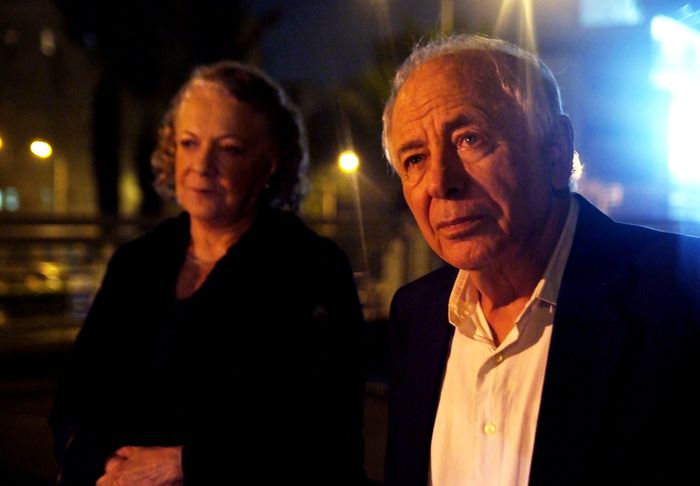 Hayuta and Berl are pioneers, the first militant instigators of the state of Israel. They no longer see much left in Israeli society, in the years 2000, corresponding to the ideals of their youth. After years of combat, their dreams in common and their revolutionary plan to construct a welfare state are still intact. Of course, their bodies have grown old, but their hearts and minds have retained the freshness of a 20-year-old’s utopia. Confronted with the absurdity of an authoritarian, Kafka-like administration, and tired of being relegated to the role of shadow citizens, they decide to treat themselves to a gallant last stand. They are free.

“The intimate relationship between Hayuta and Berl, the common disillusion they experience, both together and as individuals, have their origin in the disappointed view they have of reality as encountered at the end of their lives. This reality reflects their life’s work and the mark they have left on History, with its failures, its disappointments, its abnegations. This lucid vision causes them to reconsider their lives and their life as a couple.” Amir Manor

More in this category: « One Fine Spring Day Jaffa »
back to top