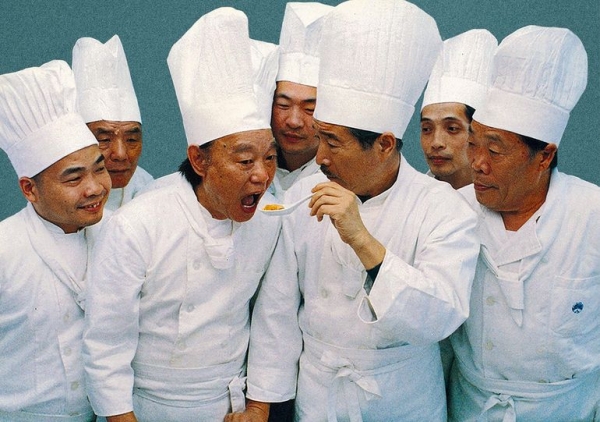 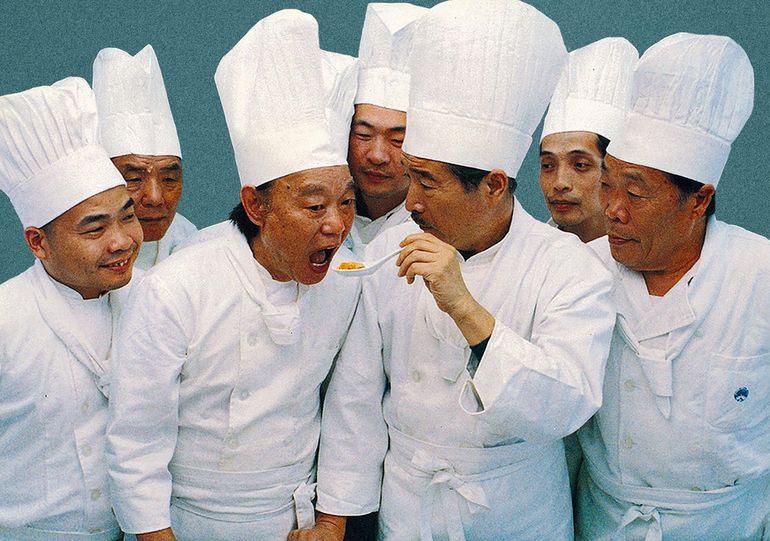 Mr. Chu, a widower who is a master Chinese chef, has three unmarried daughters, each of whom challenges any narrow definition of traditional Chinese culture: Chu Jia-Jen, a school teacher nursing a broken heart who converted to Christianity; Chu Jia-Chien, a fiercely independent airline executive who carries her father's culinary legacy, but never got to pursue that passion; and Chu Jia-Ning, a college student who meets her friend's on-again off-again ex-boyfriend and starts a relationship with him.

Each Sunday Mr. Chu makes a glorious banquet for his daughters, but the dinner table is also the family forum, or perhaps “torture chamber,” to which each daughter brings “announcements” as they negotiate the transition from traditional “father knows best” style to a new tradition which encompasses old values in new forms.

Following Wedding Banquet, Ang Lee proves once more how difficult it is to pass the bridge between past and moddernity in Asia. The movie is a celebration of good food and the joy of life. Ang Lee says: « In my movie, food became a character in itself. From a director's point of view, food is one of the most difficult artists to work with. During the shooting whe had to choose all ingredients, during the editing we had to cook them. A director is finally same as a cook ».

More in this category: « Harakiri The Girl Who Leapt Through Time »
back to top