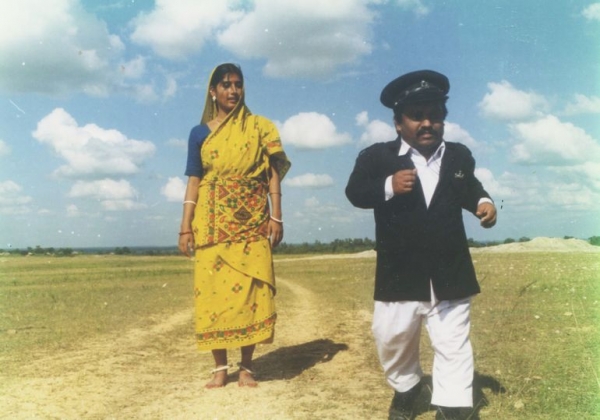 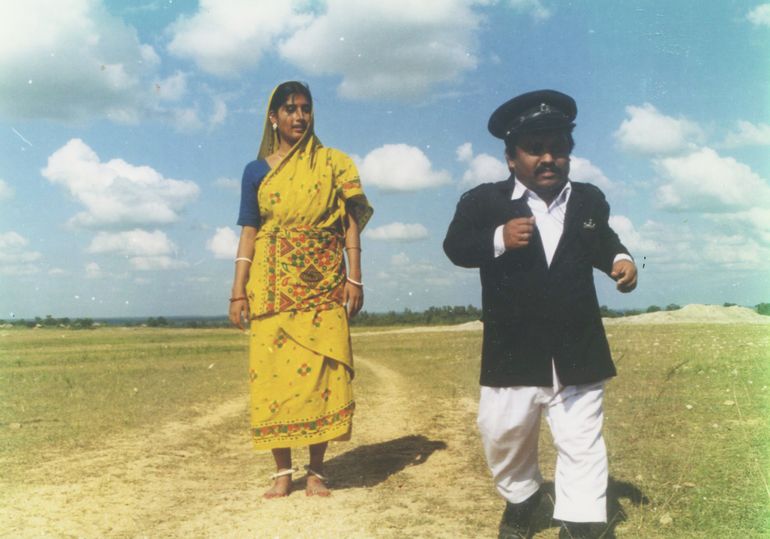 Near an isolated rail-crossing on the outskirts of a small village in rural Bengal, the signalman, Balaram and the gate man, Nimai, enjoy a close and joyous friendship. They pass the time-of-day (and sometimes moonlight nights) endlessly pursuing their passion for wrestling. Nearby, a Padre performs his compassionate duty as a benefactor ta tribal villagers and local Christians. His only family is an adopted tribal orphan, Matthew. In the mornings, a party of dwarfs from a colony on the other side of a hill sets out for work. One of them is a train guard, and an abject of admiration for the wrestlers, who dream of being promoted ta that exalted position some day. Also wending its way through the surrounding woods is a small troupe of itinerant traditional masked dancers. Cracks start to appear in this seemingly serene world when Balaram goes to his native village and marries a lovely, innocent maiden, Uttara.

More in this category: « My Sky, my Home Madame Freedom »
back to top