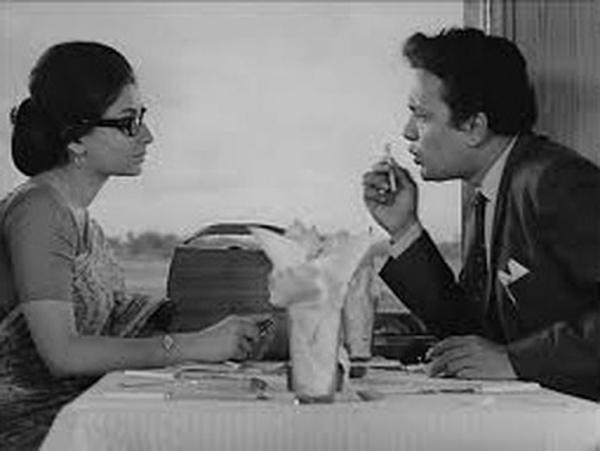 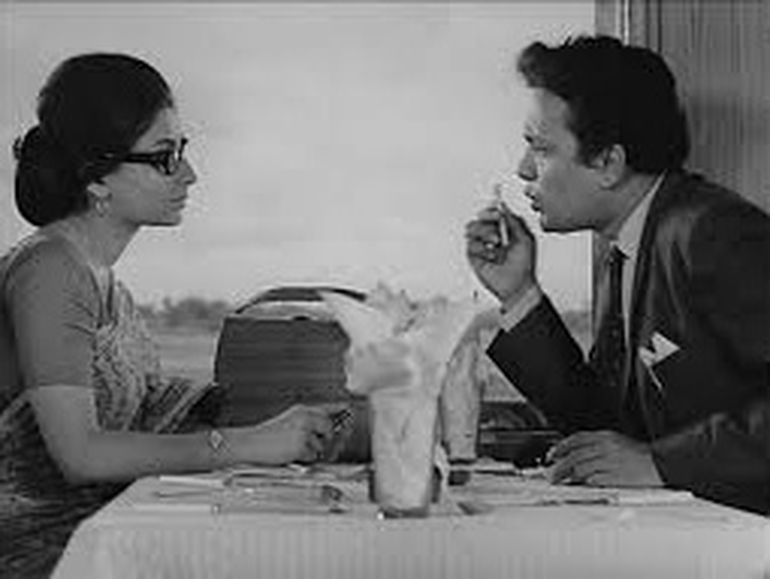 Arindan Mukherjee is a film star. He has ta reach Delhi ta receive an award and decides ta take the train. The morning papers spread the news of the brawl he was involved in the previous night while he was drunk. In the train, the main set of the film, he meets other passengers: an upper-class family whom he shares the compartment with, an ageing critic who refuses ta travel with him, a young ambitious adman and Aditi, a woman journalist, with whom he immediately gets on quite well. During their meeting in the dining car, he recalls his life as an actor. This is the beginning of a nice love story between Aditi (Sharmila Tagore, who played the role of «The Goddess ») and Arindan (Uttam Kumar, a very popular film star in Bengali cinema).

Are you free when you are a star of films for the general public ?

More in this category: « Singing behind screens She, a Chinese »
back to top