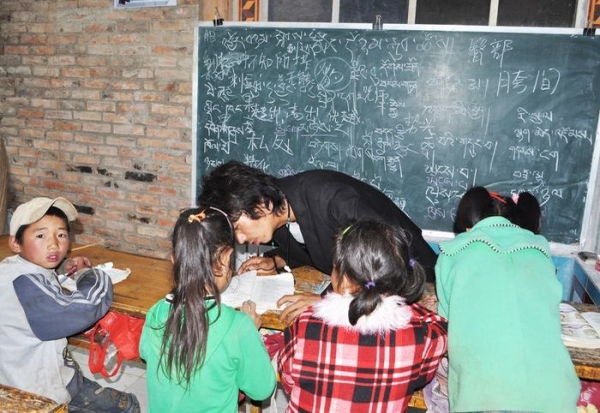 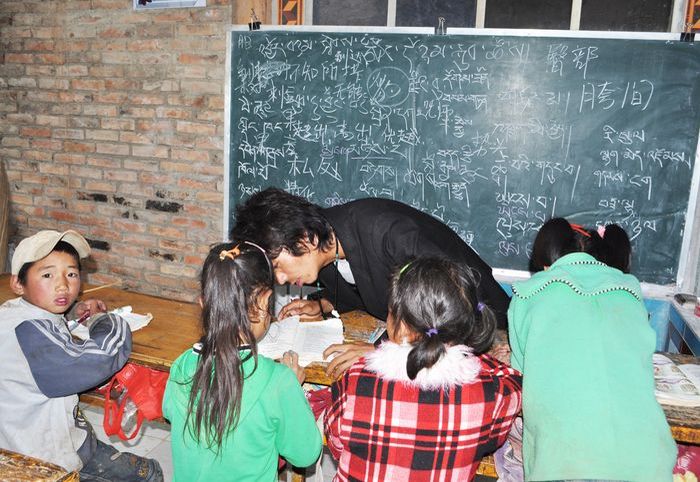 The Valley of the Heroes offers a rare glimpse at a pivotal moment of cultural and linguistic transition among Tibetans and Muslims in Hualong County, a remote community in Amdo, Tibet, part of what is now eastern Qinghai Province, China. Over the past several decades, Tibetans living in Hualong have experienced rapid cultural shifts accelerated by language loss – today more than 30% are unable to speak their own native language. The film spends time with an assortment of village residents and elders who reflect on the changes taking place in their community, and also documents a unique Tibetan language program that is attempting to address the situation.

“When no one listens, no one tells, and when no one tells, no one learns; and thus when the elders die, so do the traditions and language”. Proverb. “Tibetan writing was created in the mid-7th century and is one of Asia’s ancient scripts. The loss of ability to speak and read one’s language would be a great disaster for Tibetans. Once a language is lost, culture will also be jeopardized because the culture is richly embodied within its language”. Khashem Gyal

More in this category: « Swift A season in Hakkari »
back to top