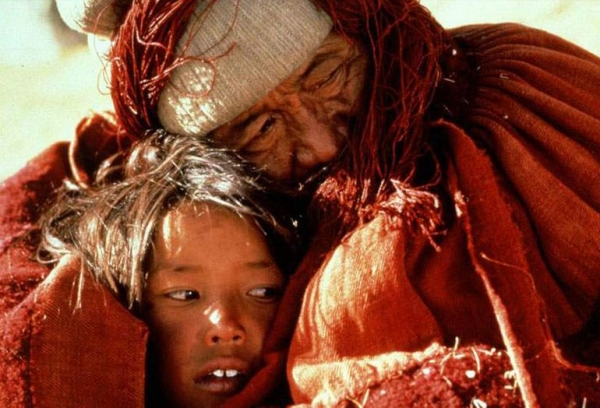 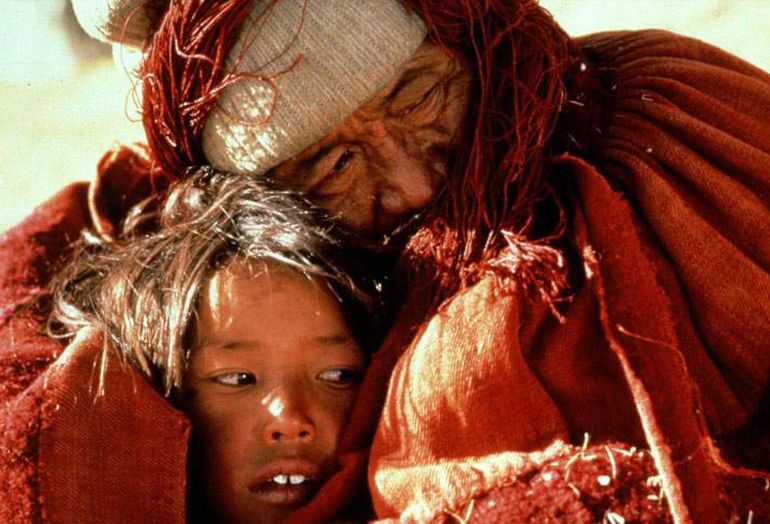 Himalaya is a story set against the backdrop of the Nepalese Himalayas. At an altitude of five thousand metres in the remote mountain region of Dolpa, Himalaya is the story of villagers who take a caravan of yaks across the mountains, carrying rock salt from the high plateau down to the lowlands to trade for grain.

At the beginning of the film, Lhakpa, the heir to the chieftainship of the tribe is revealed to have died in a botched attempt to navigate a shortcut.

An annual event, the caravan provides the grain that the villagers depend on to survive the winter. The film unfolds as a story of rivalry based on misunderstanding and distrust, between the aging chief, Tinle, and the young daring herdsman, Karma, who is both a friend and a rival to the chief's family, as they struggle for leadership of the caravan. The elders of the tribe assert that Karma should lead the caravan in the absence of Lhakpa, but Tinle objects and insists that someone else should lead the caravan.

Karma, seeking to prove himself as a worthy leader, departs a few days before the scheduled departure of the caravan, leaving behind only the youngest and oldest members of the tribe. Karma's relatives plead with Karma not to leave as leaving before the scheduled departure of the caravan was seen as deceitful. Karma does not heed this warning, and soon the elders of the tribe congregate to determine which households still had remaining salt. Tinle decides to lead the remainder of the community in a caravan with the remaining salt, recruiting his monastic son, Norbou, to join his endeavours, on the original set day of departure. Tinle soon catches up with Karma's caravan, despite Karma having taken a shortcut and having left days earlier. Tinle asserts his leadership, and Karma acts as a role model to Tinle's grandson Tserin. Tinle predicts an oncoming snowstorm and immediately commands the caravan to depart immediately, which Karma refutes as the sky is clear. Karma stays behind as Tinle and the rest of the caravan departs.

All actors are playing their own roles in real life.

« I only wanted to show the life of these countrymen, their weaknesses, their beauty, their humanity. Norbou, my friend the painter says: "We had to make this film, as a testimony, before tradition melts away and vanishes just as the snow does under the sun". Eric Valli.

More in this category: « The Apple Tree History of Postwar Japan as told by a Bar Hostess »
back to top