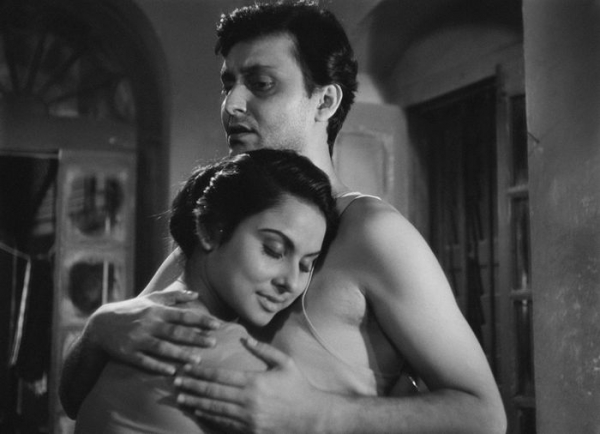 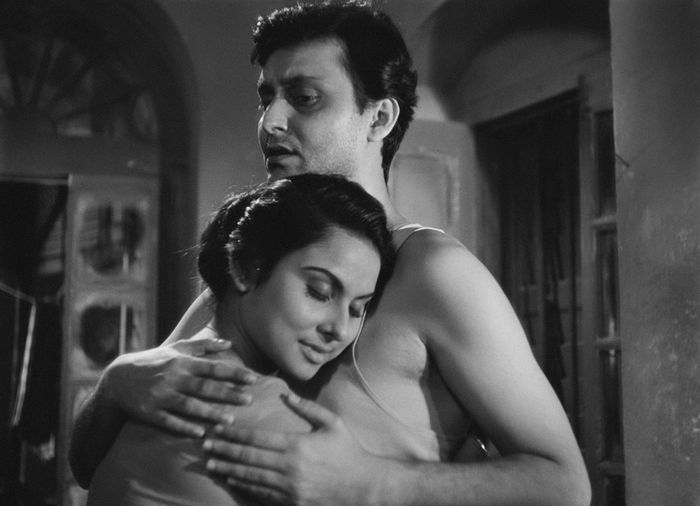 As he is on his way to Hashimara to work on a film, Amitabha breaks down in a small town. He finds lodgings for the night with the owner of a tea plantation, whose wife Amitabha recognises. She is a woman he loved and left and who today is in the throes of an unhappy marriage. Amitabha suggests that the young woman leave with him.

“With The Coward I have tried to paint a triangular love affair, straightforward and modern, something which I have never done before. In the original screenplay Amitabha didn’t write for the cinema. The idea struck me to turn my hero into a script writer : I thought it would be an amusing, ironical situation for a script writer to get himself involved in a romantic affair like the sort of story he might write.” Satyajit Ray

More in this category: « Sound of the Mountain Scattered Clouds »
back to top