When a Woman Ascends the Stairs 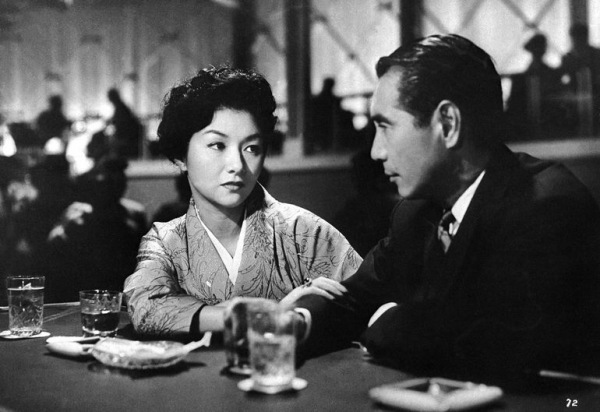 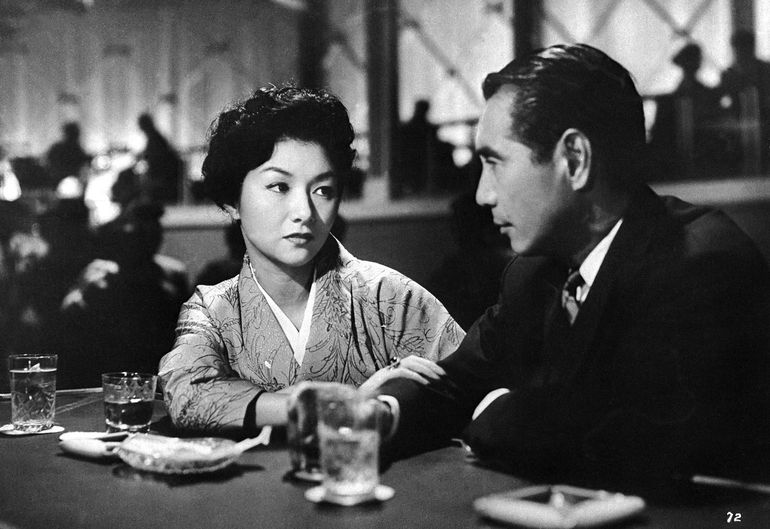 Keiko Yashiro is a young widow earning her life as a bar hostess in Ginza, the posh area of Tokyo. She remained faithful to the memory of her husband, who died five years ago.

“She hardly follows the rules of this milieu since she dislikes alcohol, refuses to sleep with anyone and shows a proud and exigent temperament. She is different from the usual bar hostesses, and that’s why so many men consider her as a challenge and want to seduce her. In a way, she embodies a number of Japanese traditional values, which contrasts with the duly paid libertinage around her. She however faces a dilemma when her age announces the decline of her beauty, and when people around encourage her to open her own bar or to get married. Both ways seem to induce to sacrifice her independence. She is told that to open her own she needs a boss (a businessman whose mistress she will be). Keiko hopes to get round this dreadful compromise by trying hard to gather enough money by a subscription to her richest clients.” Philip Lopate

More in this category: « Gulistan, Land of Roses Marlina the Murderer in Four acts »
back to top