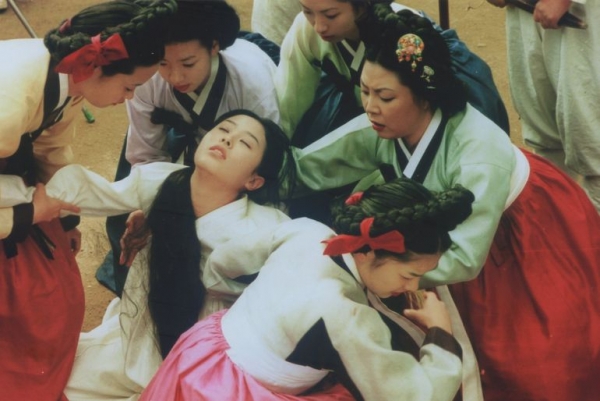 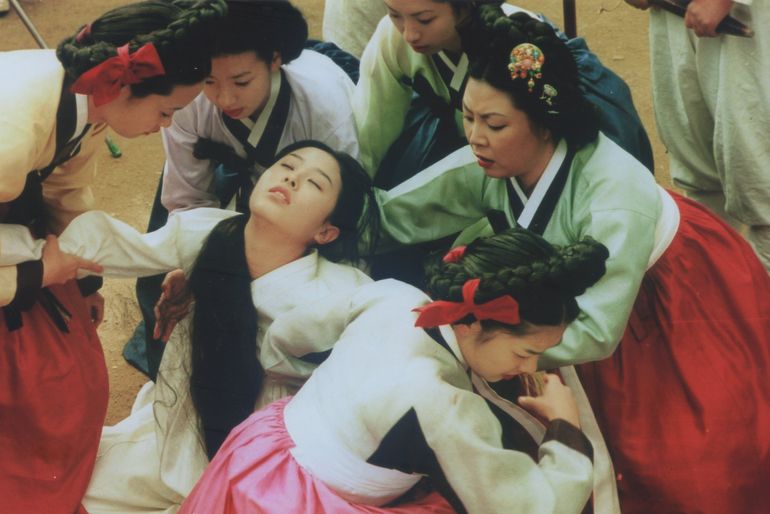 In the 18th century under the Chosun dynasty, Mong ryong, the young son of the governor of Namwon, is stunned by the vision of a young woman on a swing during the full moon festival. Daughter of a former courtesan, Chunhyang is very graceful, extremely intelligent and beautiful. She agrees to secretly marry the young man. They spend their first night carefree and loving, soon to be interrupted by destiny. Mongryong's father has to leave Namwon. Mongryong follows him to carry on his studies. Chunhyang begs her beloved but he only promises her he will came back. A new governor is appointed. Having heard of Chunhyang's beauty , he orders her to be submissive and devoted. As she refuses, he humiliates and hits her, without the slightest hesitation.

More in this category: « Travel to China Singing behind screens »
back to top