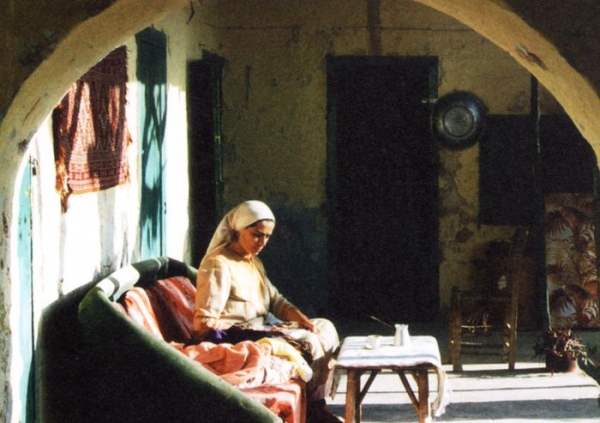 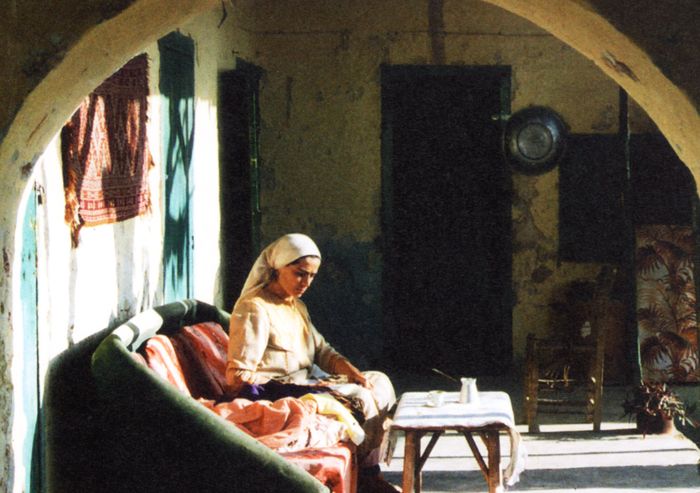 Haifa, who gets his nickname from the town he loves, comes and goes in a Palestinian refugee camp. Although he is seen as the village fool, he is the only one who knows about a lot of things. He is very close to the family of Abu Said, a former police officer who is expecting a lot from political upheaval. Oum Said, his wife, pins all her hopes on their elder son Said’s impending release from prison. She is looking for a wife as a secure future for him. The younger son, Siad, is a cynical, rebellious type. He believes in nothing. Sabah, their twelve-year-old daughter, has a romantic vision of the future and is looking forward to what it holds for her.

The film, which was made after the Israeli-Palestinian peace agreement, attempts to reflect the state of confusion caused by the agreement, as well as what the Palestinian man in the street imagined peace, that they all so aspired towards, would be like.