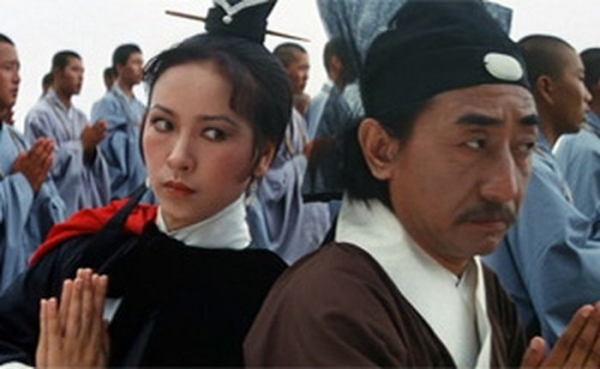 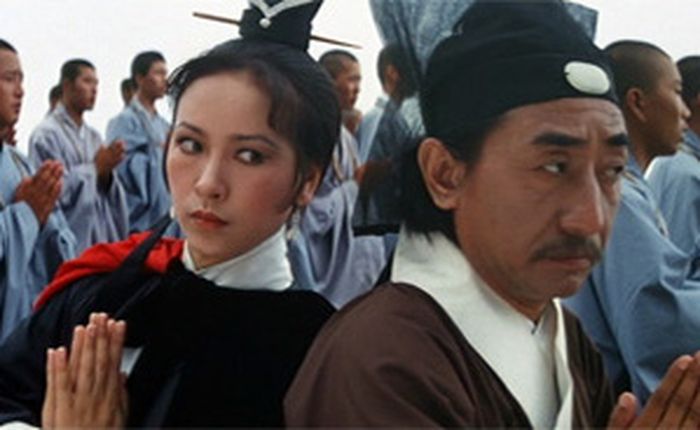 In China, during the Ming dynasty in the 15th century, the head of San Pao temple, one among the most renowned monasteries in the country, decides to choose his successor. He calls notables to advise him, among who are Weng, a wealthy donor, Governor Wang, head of local army, and Master Wu Wai, a wise theologian. Lord Weng and General Wang sheer plan is to steal the Mayana Sutra priceless manuscript. "White Vixen", a professional thief, and her page "Gold Lock" have come with Lord Wen. Lieutenant Chang serves General Wang. The arrival of Chiu Ming, a criminal who bargained for his condemnation by becoming a monk, disturbs the fake peaceful atmosphere of the monastery. The celebration of the great ceremony for the succession has come…

We can only succumb to the charm and formal beauty of this film, with its landscapes, colours, costumes, light, acrobatics, and choreo graphy of martial arts…

More in this category: « Suzhou River A Night of Ice »
back to top