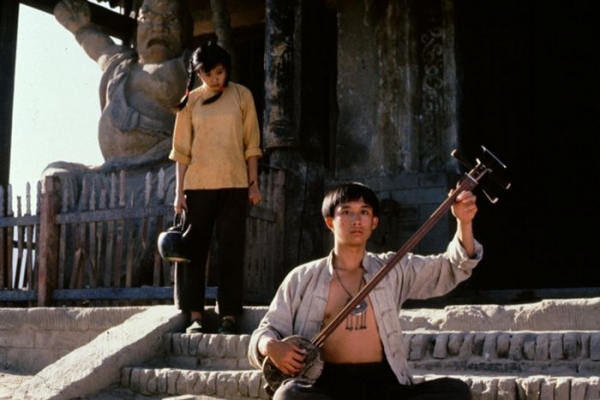 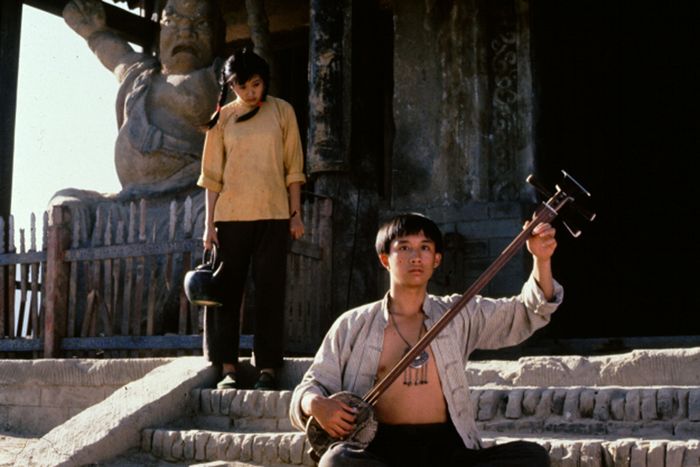 An old blind musician goes from village to village playing the qin, a traditional instrument close to banjo. Along with his disciple, he comes across gorgeous landscapes, unable to see them. Sixty years before, his old master gave him hope, which he has been clinging to his whole life : if he could break thousand strings of his qin he will regain his sight. His young disciple is also blind but not so much concerned about this question as about a girl from the village he has just fallen in love with. The thousand strings are now broken and the old musician goes to a healer to read the message hidden in his instrument. He only finds an old piece of blank paper. He soon dies out of despair, after telling his young disciple about his doubts : it might not have been one thousand but one thousand two hundred strings to be broken....

" My film should be considered as a metaphor of faith. I am convinced that faith and hope can initiate very positive energies. There are two faces of China portrayed in this film, one is a country disappointed by its ideologies assiduously searching for " something else ", the other one is a country ready to give up everything for a life as feelings dictate. My film holds hope for a better future, not only for China, but also for the entire world ". Chen Kaige.

More in this category: « Yellow Earth The Eleventh Child »
back to top