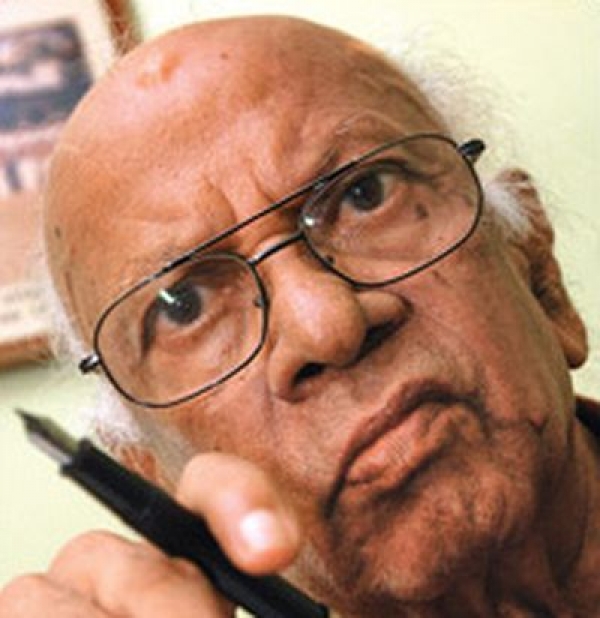 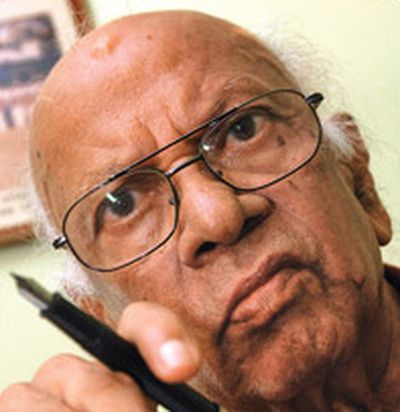 Siri Gunasinghe is a sanskritist, art historian, Sinhalese poet, novelist, literary critic and film maker. He was born in 1925. He studied at University of Ceylon, before travelling to Paris where he continued his studies and wrote La technique de la peinture indienne after Silpa’s studies. Later he became a university lecturer. He revolutionized literature twice, first in 1956 by introducing free verse in his collection of poems Mas Lea Nati Ata (Bleached Bones) and then in 1960 by using a stream of consciousness narrative style in his award winning novel Hevanelle (The Shadow). Sath Samudura (The Seven Seas) earned him eight Sarasavi awards including best picture and best director in 1967. Siri Gunasinghe lives in Canada since 1970.