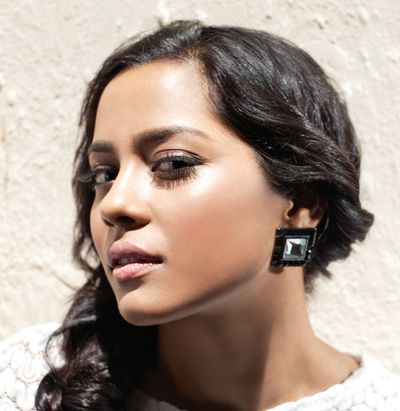 Shahana Goswami was born in New Delhi To Bengali parents. She studied both in Delhi and Mumbai. née à New Delhi de parents bengalis. Elle étudie à Delhi et Mumbai. Shahana had a single-minded focus on professional acting since childhood. She moved to Mumbai to complete her graduation and to explore the possibility of taking up acting as a career. In Mumbai, her first steps in acting were at Jaimini Pathak's theatre group Working Title. There, she started off as a production assistant and then acted in their productions Seagull and Arabian Nights.

Goswami's first international project is Deepa Mehta's Midnight's Children, an adaptation of Salman Rushdie's Booker Prize winning novel. She received the Asian Award for best actress for her performance in the movie Vara: A Blessing by Khyentse Norbu.

She introduces her movie Under Construction in competition.

More in this category: « Wang Junzheng Wu Tianming »
back to top