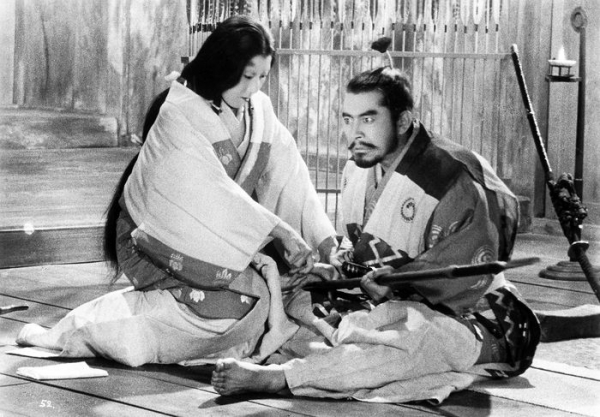 In feudal Japan, as civil wars are raging, Generals Washizu and Miki return to Lord Tsuzuki’s castle after defeating his enemies. They go through a mysterious forest and meet a spirit who predicts their fate: Washizu will become lord of Spider’s Web Castle but it will be Miki’s own son who will become his heir. Washizu is bewildered by this prophecy and confides in his wife, Asaji. She advises him to take his fate into his own hands by murdering Tsuzuki...

Kurosawa transposes Shakespeare’s famous tragedy, Macbeth, situating it in 16th century Japan. Indeed, the universal character of the themes dealt with in the play – the conquest of power, clan wars, treachery and revenge – can apply to Western as well as Eastern contexts. However, he opts for a typically Japanese form using the codes of the Noh drama. Also, he draws a parallel between feudal and contemporary Japan whose desire for conquest and delusion of immortality meant it lost the war. He excels in representing human madness, thus proving he is the illustrious descendant of the great British playwright.

More in this category: « The Sacred Arrow The Bad Sleep Well »
back to top