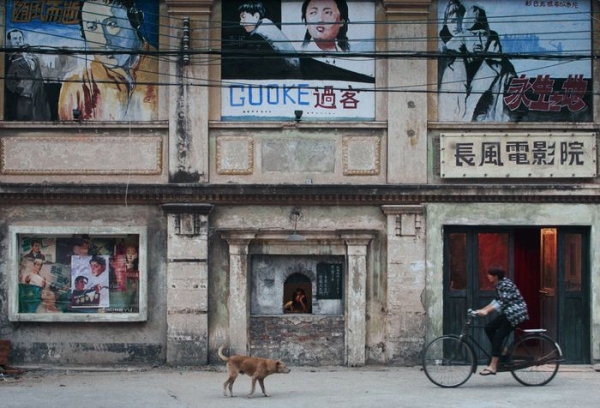 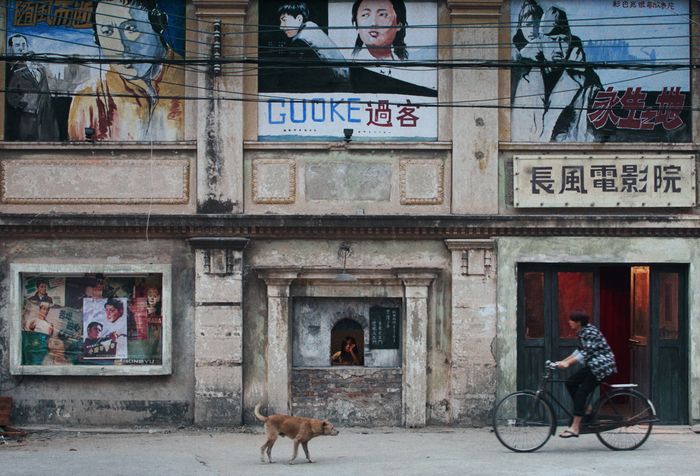 ‘Changfeng Town’ can be found in a quiet part of China. The people who live there all know each other and give the impression that they are happy enough. Planes fly over the town, reminding people that there is an outside world they know nothing about. In town, you can find the cinema, the dentist’s surgery, the car repair workshop, the newspaper office and the primary school. The townsfolk are unusual and quite eccentric. Each of them has his own particular story : the domestic problem of the aimless redhead, the secret the dentist shares with his son, the unrequited love of the cinema seat salesman, Cai-Xia, and the loneliness of the cripple, Xi-Shan. A few mischievous boys wander in and out of these individual stories.

“Changfeng town” is, to be truthful, the expression of the nostalgic memories I have of my home town. I wish to reconstruct and represent a long-forgotten town. I hope that the public will connect emotionally with the seemingly ordinary characters in the film. I would like to bring out the hidden gaps in the stories which are quite as important as the story itself. I wish to capture the lyricism of daily life, by composing a poem in film about these ordinary lives.” Wang Jing

More in this category: « The Little Man Paint! No matter what »
back to top