The Home and the World 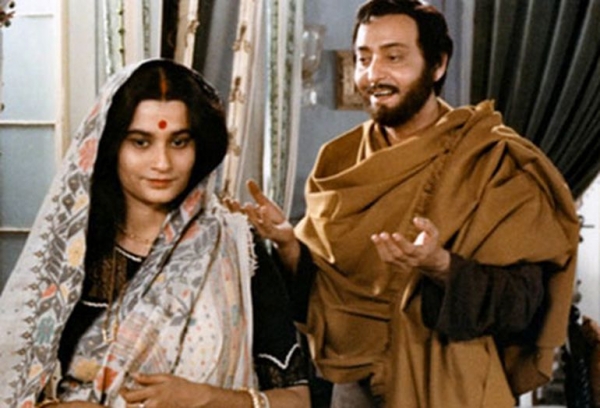 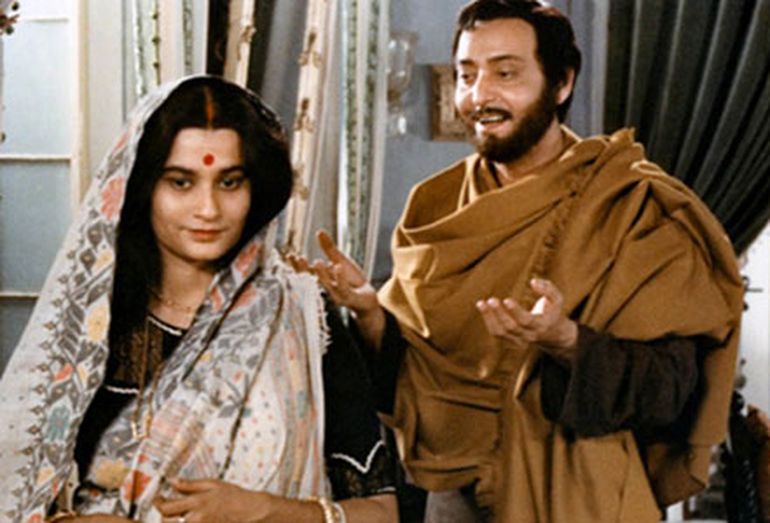 The Home and the World
(Ghare Baire)

The story is set in 1907) on the estate of the rich Bengali noble Nikhilesh.

In the chaotic aftermath of Lord Curzon's partition of Bengal into Muslim and Hindu states, the nationalist movement is trying to impose a boycott of foreign goods by claiming that imports are at the root of Indian poverty. He lives happily with his beautiful wife Bimala until the appearance of his friend, a revolutionist, Sandip.

Sandip, a passionate and active man, is a contradiction to the peace-loving and somewhat passive Nikhilesh. He easily attracts the innocent and unsuspecting Bimala, creating a love triangle. Although Nikhilesh figures out what is happening, he is a mature person and grants Bimala the freedom to grow and choose what she wants in life, as their marriage was arranged when she was a girl.

Bimala experiences the emotions of love for the first time in a manner that helps her understand that it is indeed her husband Nikhilesh who really loves her. Importantly, Nikhilesh tells Bimala that he would like her to have a life not only inside the home, but outside of it as well — a controversial stance in 1916 when the novel was written.

Satyajit Ray wnted to adapt R. Tagore's nivel for a long time. He passes with great ease from an inimate chroncile to important Indian historical facts. The camera, graceful and dynamic, reprezents the young woman's point of view. Everything comes together to make this one of Ray's masterpieces.

More in this category: « A Sweet Story Infernal Affairs 1 »
back to top