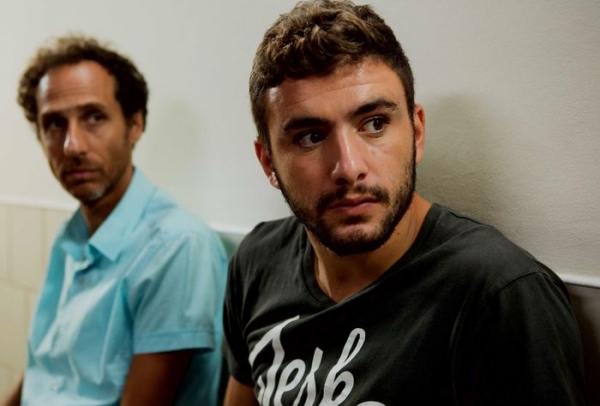 Seventeen-year-old Asher has always been an impulsive and disruptive pupil. While his father considers him as the obvious successor for the family scaffolding business, Asher sees Rami, his literature teacher, as another fatherly image.
"I have been teaching literature for nine years in a secondary school, mainly to pupils in trouble or on probation. Almost without exception, these children came from a working-class background. I had violent, charming, brutal pupils full of scars and ready to fight for their survival. During years, I was totally convinced that my teaching would make them read, and that they would finally enjoy literature and appreciate its beauty. Yet, I was haunted by the probable risk that their experience in literature might end with their schooling; that would be the only moment in their life when they would read poems, short stories, theatre plays and novels. I started wondering about the interest of these classes. If someone asked the pupils what they learnt, what would they answer? What will remain from all these moments spent together?" Matan Yair
Published in Movies
Tagged under

More in this category: « The Dream No Land's song »
back to top