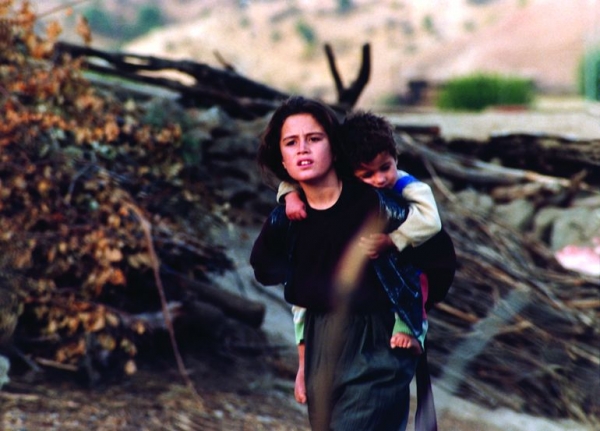 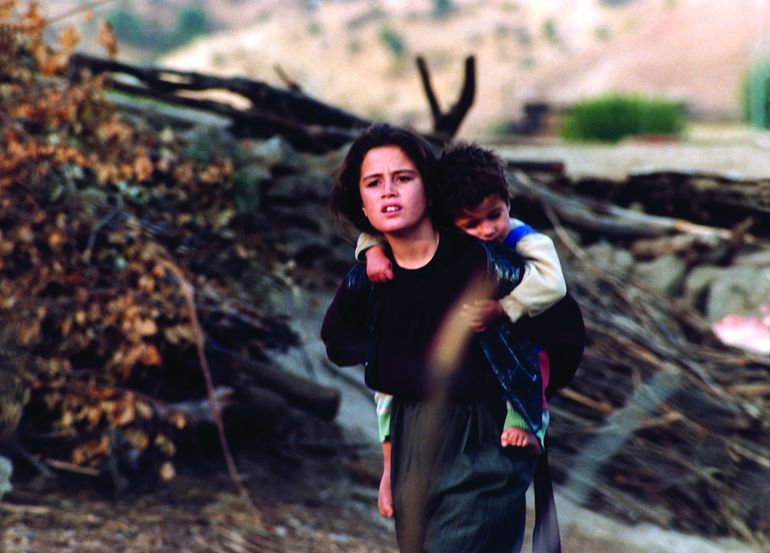 In Iraqi Kurdistan, at the boarder with Iran and Turkey, the inhabitants of a village actively look for a parabolic antenna allowing them to get satellite news: it is the day before the American attack against Iraq. Kak Satellite is the little leader of a kids’ gang. Continuously vociferating, he organises work: to clear a land of mines, unload a truck from a shells cargo, put up a satellite dish…
The adults seem to be missing. A mutilated boy coming from another village with his young sister Agrin and her child announces the arrival of the Americans…War becomes more and more imminent…

"I wanted to dedicate this film to all the innocent children in the world who are the victims of the dictators and fascists’ policy." Bahman Ghobadi

More in this category: « Without Memory Busong (Palawan Fate) »
back to top