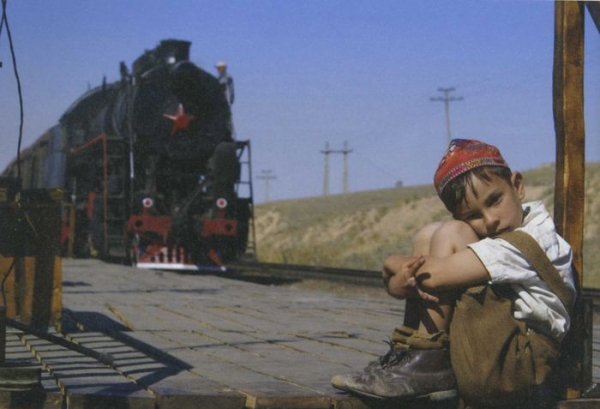 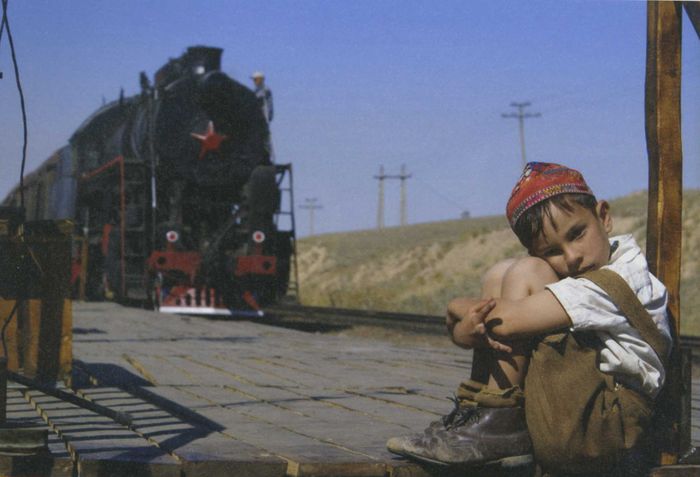 1949. Soviet Union is about to celebrate Saline's 70th birthday. In Kazakhstan, in a train transporting deported people, an old Jewish man dies. His grand-son Sacha escapes from the train lying next to his corpse, hidden among dead bodies. He is taken care of by Kasym, an old level-crossing keeper, who renames him Sabyr in order to better hide him from the authorities. In the village, people from very different origins live peacefully, yet one has a premonition of imminent tragedy.

The Gift to Staline is both the gift which little Sacha-Sabyr wants to give to Little Father of the People with the hope to find his parents again, and the terrible gift Soviet Union is preparing for his leader: an experimental atomic explosion in Kazakhstan.

In his film Rustem Abdrachev shows human relationships full of trust and hope, even in the darkest times. He tackles his favorite topics which can be found in his three films: what it means to become an adult and to have a family, whether a family with blood ties or a family with ties of the heart.

More in this category: « Gulabi Talkies 100 »
back to top