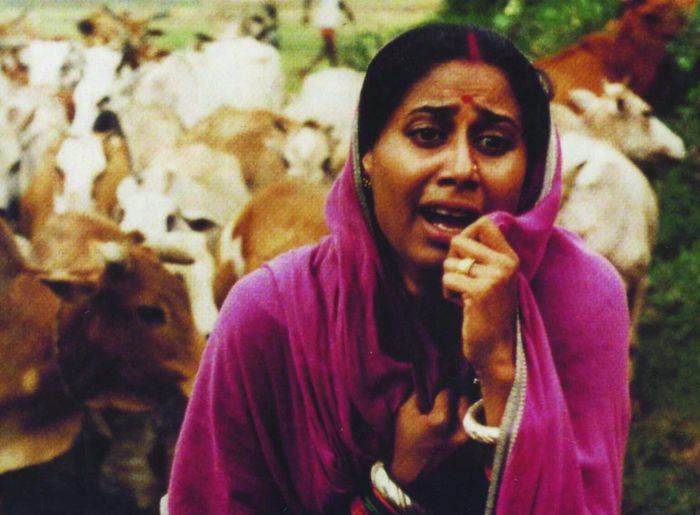 Dukhi Chamar is from the cast of the Untouchables. He lives with his wife and his only daughter who, though quite young, is about to get married. In order to fix a date for her wedding, he needs Ghashiram, the rich Brahmin who advises the villagers in exchange for various favours. After several hard and humiliating chores, Dukhi is asked to cut up a huge tee-trunk with an axe. Dukhi hardly recovers from a bad fever and had nothing to eat for the whole day; he makes a start on the task and dies of exhaustion. His body lies in the middle of the road and obstructs access to the village well. A Brahman cannot touch the body of an untouchable. The villagers refuse to cover up a new injustice. Night is about to fall, what will happen to Dukhi?

This telefilm in Hindi is an adaptation of a short novel by Premchand denunciating the cast system and the cruelty of a man. It is probably the most pessimistic film of Satyajit Ray.

More in this category: « Rififi in Tokyo A Sweet Story »
back to top