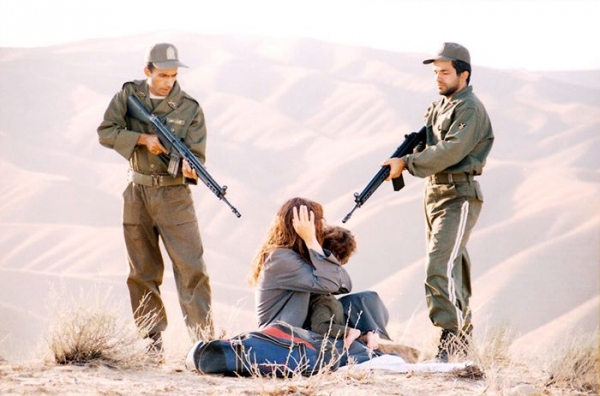 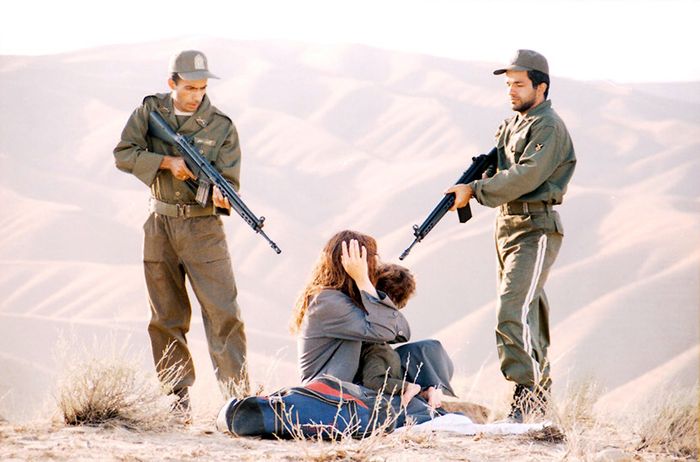 A young film maker and his friend director of photography, want to shoot a documentary film on illegal emigration. They contact a smuggler for illegal emigrants and propose to pay an amount of money. All applicants for the journey are wearing masks. From the very beginning of the trip, emigrants refuse to be filmed. The smugglers drop the two film makers on the side of the road. After facing some difficulties, they manage to join the group. They are welcomed as saviours since they convince the police that they are shooting a film for which these men and women, who have been arrested, are only actors. The escape out of Iran can go on. Masks are falling, but the true reasons and feelings which pushed these people to such desperate decision don’t come out so clearly. Weren’t these masks useful not only to hide from them selves but also to avoid the others’ glance ?

"They are actors shooting a documentary film" says the director to the police in the film. Isn’t it somehow what Hassan Yektapanah also tried to do ?

More in this category: « Campfire Two Great Sheep »
back to top