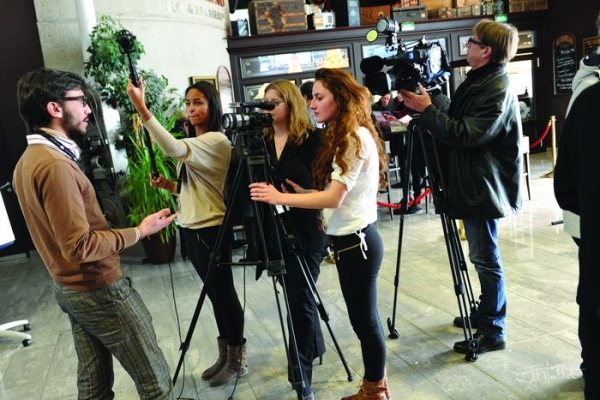 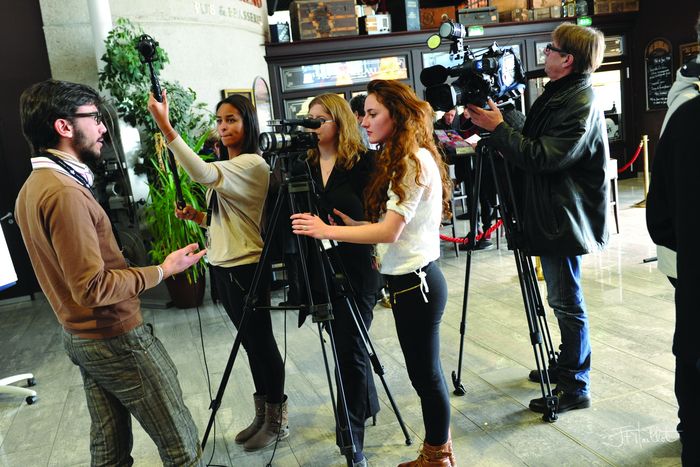 FICA ( Vesoul  International Film Festival of Asian Cinema), and Lumières  (Lights film festival) organized by secondary school Lycée Lumière from Luxeuil-les-Bains were born at the same time, 23 years ago.  FICA’s programming focuses on films by directors from all over Asia. The Near East, Middle East and Far East draw the outline of a geopolitical Orient, also an Orient of the spirit. Lumières Festival deals with a far different East, an East in France colors, with a competition section that allows film buff students from secondary schools and higher education to show their short films to their peers, every year in May. The event is organized by students attending the cinema-audiovisual optional subject at Lycée Lumière. To celebrate this common love for cinema, a tight collaboration was established between the two festivals. Students from Lycée Lumière can therefore go backstage to see how Vesoul festival is organized and discover the many friendly festive facets characterizing it.
This year, the documentary about INALCO (the National Institute for Oriental Languages and Civilizations) points up the tight partnership established between this prestigious university institution and FICA. Secondary school students of «Première L» Tiphaine Boulanger, Clémence Derouin and Héloïse Durand, attending the cinemaaudiovisual optional subject, have taken over FICA with their cameras and mikes during the 2016 festival. They recorded backstage events of the festival, and, during the whole festival, they followed the INALCO Jury members made up of lecturers and students. They witnessed their remarkable work during their encounters with important representatives of Asian cinema, conducted in the mother tongue of FICA’s guests. During this high point that is FICA, the students discovered other languages and cultures from Hebrew to Mandarin and from Thai to Korean, all gathered by a shared passion: cinema. INALCO at FICA Seen by Secondary School Students is the result of a collective work.
This documentary was written, shot and edited with the assistance of their cinema-audiovisual teacher Cécile Marchocki. While they make us live again the highlights of last festival, these three secondary school students give their subjective vision on the event and on a university institution they discovered under the guidance of FICA’s guests as well as Paul Hervouet and Laura Lacour from INALCO, whom they specially thank for their availability and kindnes.

More in this category: « Mrs B. a North-Korean Woman The Forsaken Land »
back to top