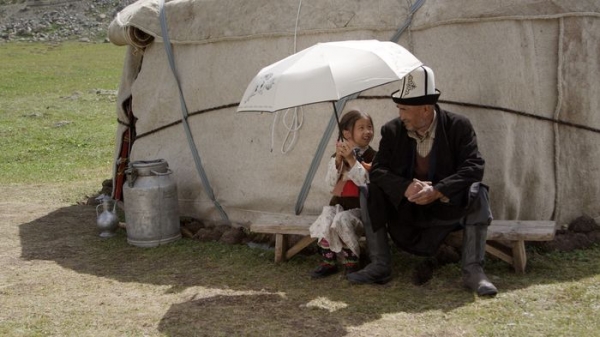 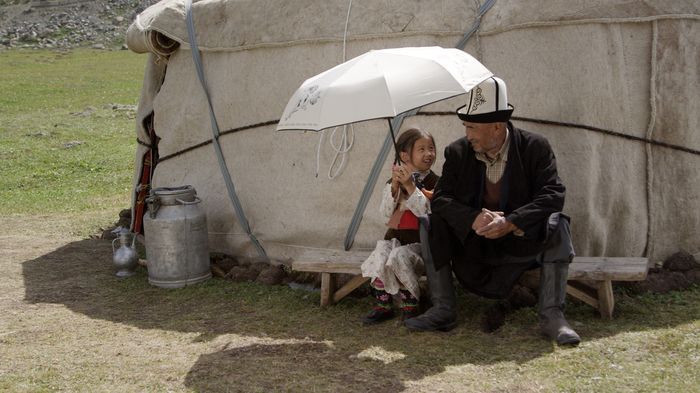 Selected and rewarded in many worldwide Film Festivals

Seven-year-old Umsunai lives in a splendid Kirghiz valley with her grand-parents and her mother Shaiyir, their daughter in law. The family leads a semi nomadic life in a yurt, following the ancestral modest way of life, breeding horses and selling ‘kumiz’, the fermented mare milk. Her elder brother Ulan studies architecture in the city and comes back only for holidays. When Umsunai was a small child her father died, swept away by the torrent while he tried to rescue a foal. Bachelor meteorologist Ermek is attracted to Shaiyir, which worries the grand-mother fearing their love affaire would endanger their peaceful life. Close-by construction work also forecasts the end of an era.
Mirlan Abdykalykov is a young actor playing for his father Aktan Arym Kubat, a director to whom VIFF of Asian Cinema paid a tribute. He makes us dive into the gorgeous Kyrghyz countryside, still protected…but for how long?

More in this category: « Green Green Grass of Home Today and tomorrow »
back to top