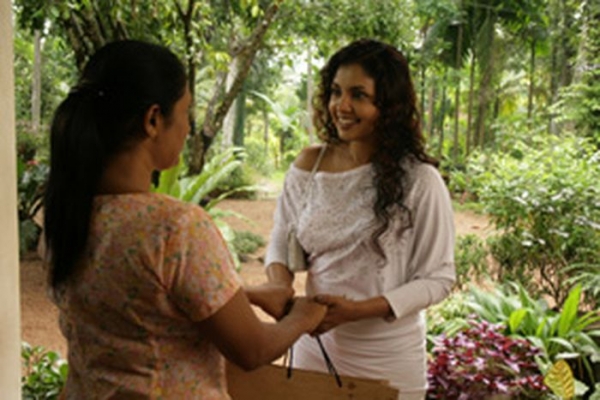 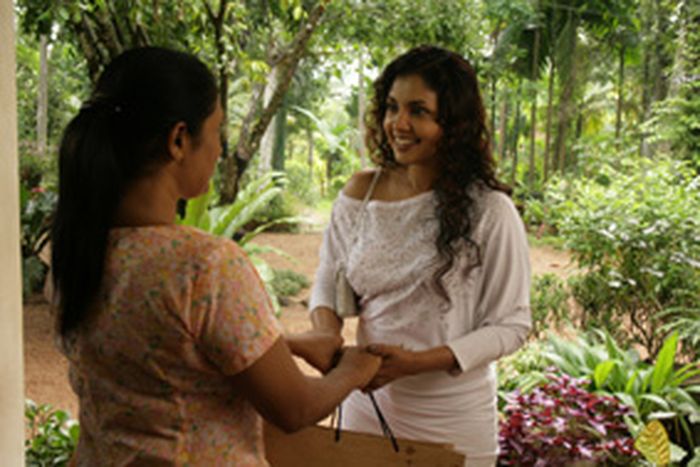 Sandhya Rani is an ageing film star who was once the darling of the silver screen. Having lost fame and fortune in a changing word, she now lives quietly in obscurity. She ekes out a living by renting out a room in her home to the film and television stars of today to satisfy their illicit sexual desires. The popular young film star, Shalika, uses this room to carry on an affair with a young actor. When Shalika's infidelity is unmasked by her husband, the scandal and its publicity forces Rani into the limelight again. In the spotlight once again, Rani is suddenly forced to come to terms with a dark secret of her past - a secret she thought she had buried forever. As she confronts the demon of her past, she journeys in search of a truth she abandoned long ago …

"I have heard somewhere that a filmmaker should make one film on his profession. I realized how difficult a task was as I was writing Flowers in the Sky. P. Vithanage

More in this category: « Pesantren - 3 Wishes, 3 Loves Strange Jobs »
back to top