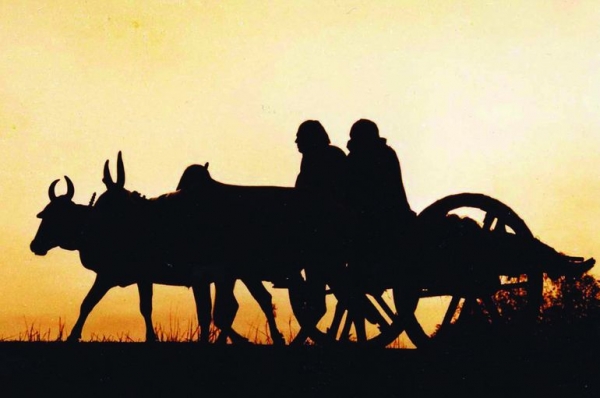 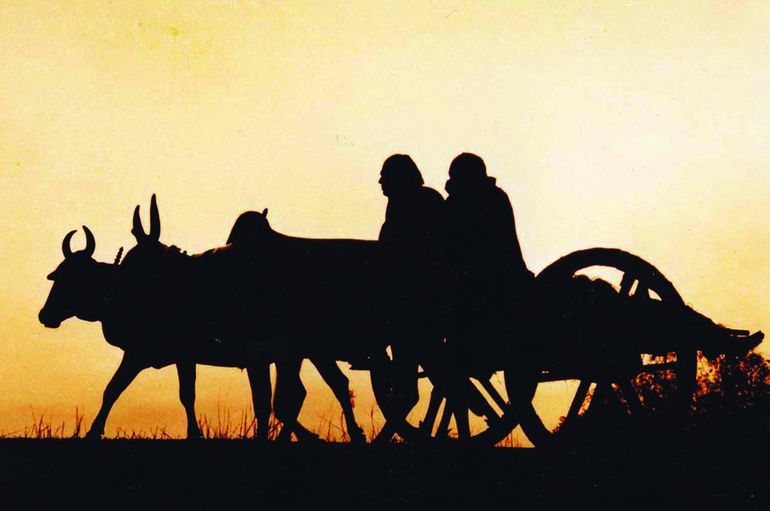 A cart loaded with rice is slowly drawn by two zebus through the countryside of Bangladesh, with its wheels endlessly creaking. A young carter and an old one drive the cart taking turns. While going past a dispensary, they are requested to carry the corpse of a man accidently killed who is unknown except for the name of a village he murmured. But when they reach the place, they realize nobody knows the deceased man. While going from villages to villages, their hope gives way to despair. This dead man is totally unknown. They decide to bury him, but the villagers refuse since nobody knows his religion.
Morshedul Islam captures the landscapes at the speed of the carters, in a slow and highly sensual pace, at every hour of the day and night. This mission, which the two carters were entrusted with, becomes a touring wake. It was the very first Bangladeshi film distributed in France in 1993. The Wheel is a rural and humanist road-movie.

More in this category: « Demi Ucok Travellers and Magicians »
back to top