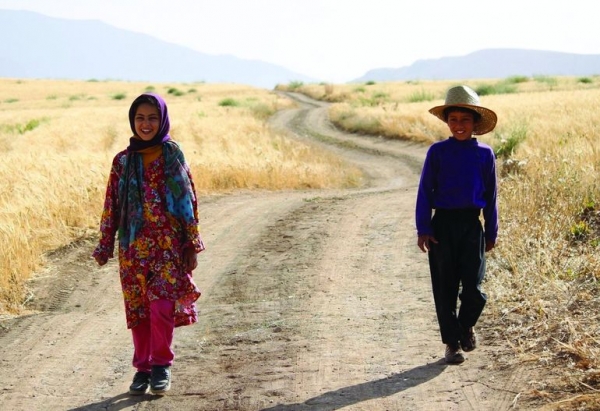 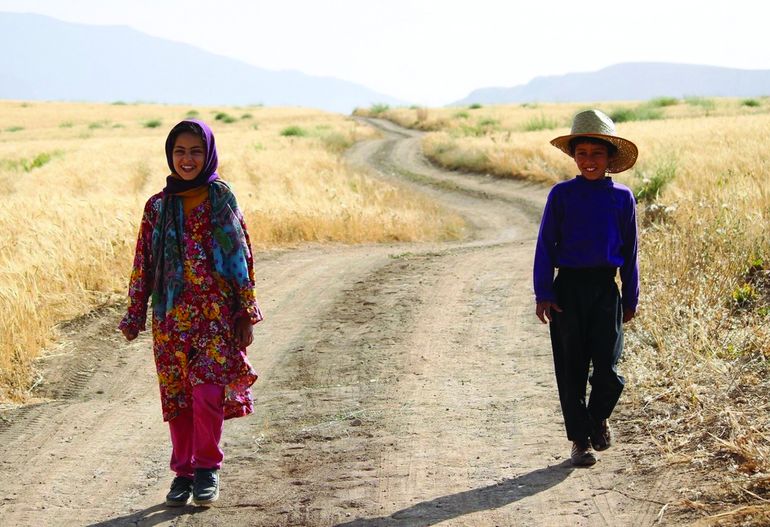 Selected and awarded in many festivals

What is more exhilarating than singing your head off on top of a hill ? Asho enjoys life on the hillsides of Iran where he keeps a flock of sheep with his father. The sheep are all called after famous people : presidents or actors and actresses, depending on their hairstyles. Asho knows the films well : he watches them on his cracked tablet in the fields. His favourite producer is Tim Burton, and he’s mad about Monica Belucci ! He dreams of being an actor himself when he grows up. But does he have the qualities you need to become a star when he’s at home ? His sister says he doesn’t even know how to eat properly. And first of all he has to marry his cousin, Pari, who also comes to visit him in his dreams.

Asho acts like a professional in front of the camera, but when Pari is there he gets embarrassed and gives her a slap while teasing her. Are they going to make it up ? The brightly coloured clothes and the countryside bathed in sunshine form a surprisingly romantic background for the ambitions of our happy Asho, an irresistible, small-time cow boy who has for a long time been the star of his own film.

When the imagination of the little boy confronts real life, the line between fiction and reality becomes blurred.

More in this category: « Indian Space Dreams Holding it In »
back to top