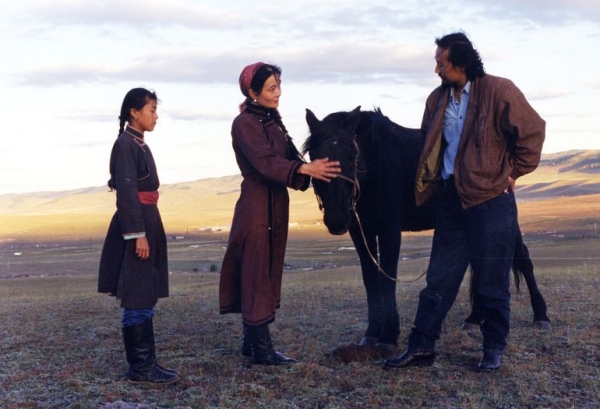 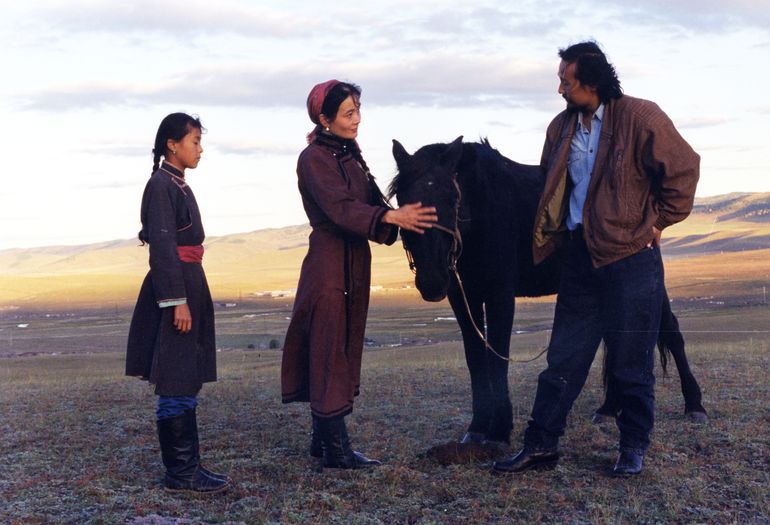 Bayinbulag and Somiya have been brought up as brother and sister from an early age by their adoptive grandmother, Nai nai. The three of them live happily together in a yurt on the Mongolian steppes. Just before Bayinbulag leaves for the town where he is to study to become a vet, the grandmother tells them that her dearest wish is for the young couple to marry. Bayinbulag, at the same time as his veterinary stu- dies, is working to become a musician. He gives no news for many months and when he returns three years later to marry Somiya, he finds out that she is pregnant. He goes away with a broken heart. Twelve years later, when he has become a famous folk singer, he makes contact again with Somiya. A mother of four boys and a girl, she lives a harsh life married to an alcoholic husband.

More in this category: « Song of Tibet Black Snow »
back to top