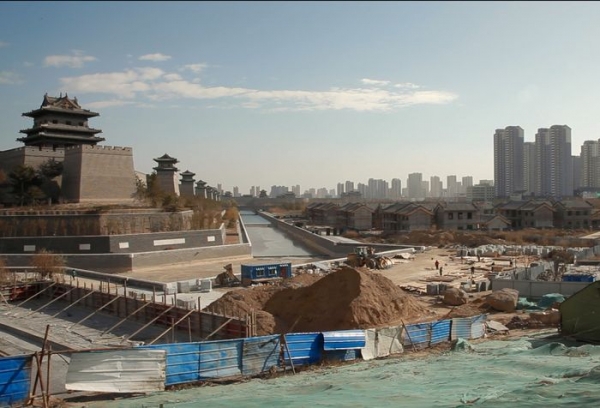 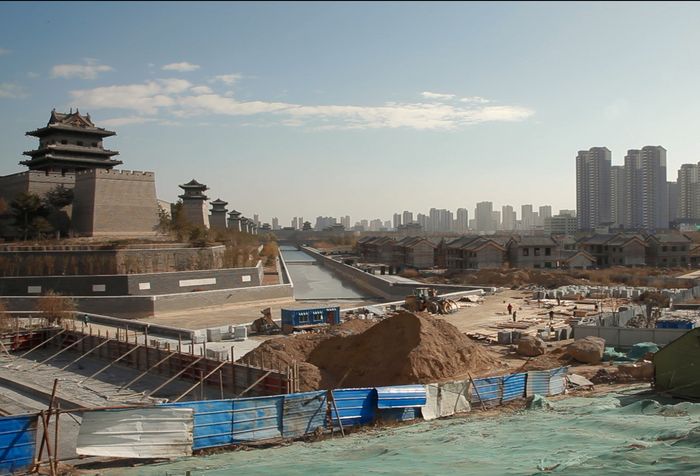 by Thomas Licata and Hugo Brilmaker

In his speech at the Party Congress in October 2017, the president Xi Jinping presented his project called “the New Silk Route” the aim of which is to reinforce the influence of the Empire in the world and in its modernisation. Datong is in rather a special situation. Near Mongolia and in the past an important mining centre in China, Datong saw its industry decline and its mines close one after the other. About 10 years ago, the mayor of the town, nominated by Pekin, wanted to transform what is one of the most polluted towns in China into a huge tourist attraction. To do this, he expropriated near to 500,000 inhabitants, some of whom, waiting to be relocated new lodgings, are still living in their tumbledown houses, surrounded by building sites. Today, he has left his renovation plan unfinished.

“This man imagined huge, cultural centres where people could meet and communicate with each other. He wanted this town to become a model others could follow in building the China of tomorrow. It seemed to us that from this particular story of Datong, we could tackle the more general story of China today, with her ambition, her paradoxes and her undeniable expansion.” Thomas Licata et Hugo Brilmaker.

More in this category: « The Boy who stopped talking In the shadows of the city »
back to top