Why Has Bodhi-Dharma Left for the East? 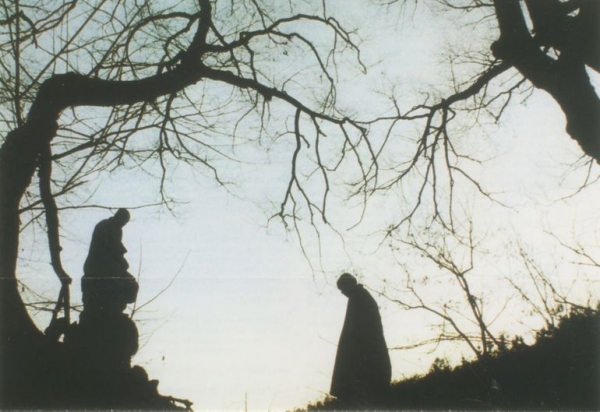 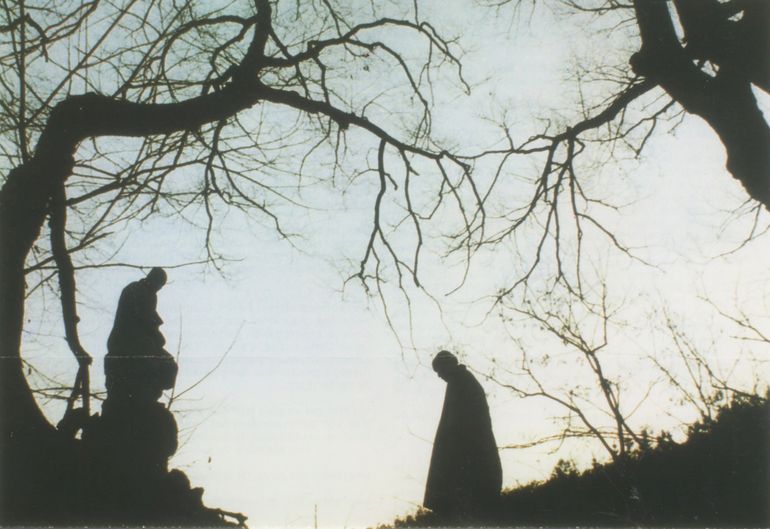 Why Has Bodhi-Dharma Left for the East?

The three main protagonists are Hae-jin, an orphan boy, Ki-bong, a young monk, and Hye-gok, a Zen master. Hae-jin injures a bird while bathing. Its mate does not leave the bird but stays around, as if to see what becomes of its mate. Hae-jin takes the injured bird away to heal it, but it dies later in the film.

The abbot instructs a young monk (Ki-bong) to assist a Zen master living alone in the mountains. The young monk has renounced his life of hardship in search of peace and perfection. The Zen master is a recluse, living in a monastery on a high mountain, and has realized the vanity of knowledge. He also knows the secret of everlasting peace. Dogged by chilblains (inflammation of the hands and feet caused by exposure to cold and moisture), he tries to lead others to the same conclusion, which comes only with ardent devotion, not simply through knowledge or worship.

While questiioning his own culture, Bae Yong-kyun creates an universal metaphor. Those three men could represent three different states in one man's life and ask ourselves one question: « Why does it take a whole life to solve the problem of life in the world?». The director took almost eight years to achieve this movie all by himself.

« The first movie which makes any question vain». (Radio ORS)

More in this category: « Double I The Scarecrow »
back to top