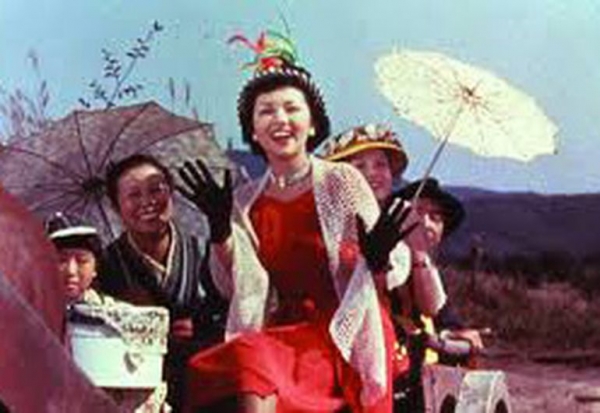 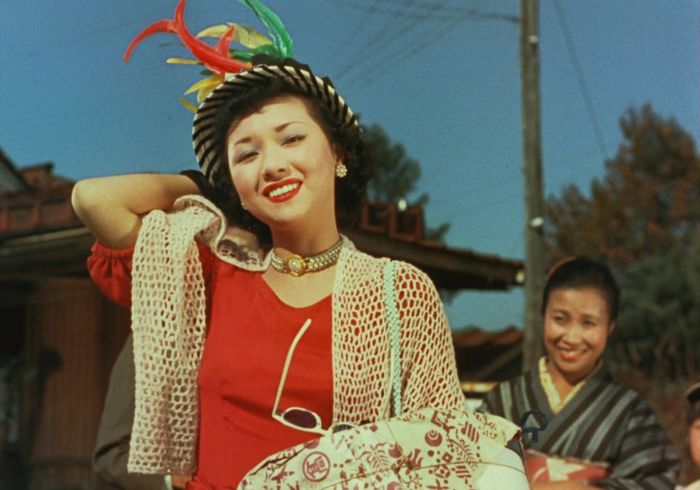 Lili Carmen who had left her home village to become an exotic dancer in Tokyo, returns to her countryside home, accompanied by her lovesick sidekick Maya. Both cause a stir frolicking in revealing outfits and singing love songs. A scandal ensues when the girls announce to the awe-stricken villagers that they will stage a strip revue and dance naked. Morality is no laughing matter in Japan in the 1950s. The two friends will eventually achieve their aims.

The movie was Japan's first domestic post-war color film by Kinoshita Keisuke. A director first known for his light-hearted comedies, but equally successful with neo-realist features or opera adaptations.

This naïve, curious and funny comedy is enhanced by its use of technicolor. But hidden under this apparent naivety, there is a fairly harsh criticism of life’s trivial meanings in favor of traditions and healthy peasant life and the need to find one’s roots. The movie is also an ode to Nature, forests, rivers and mountains and opposes purity to decadence and delight to cynicism..

More in this category: « Goodbye One More Day »
back to top