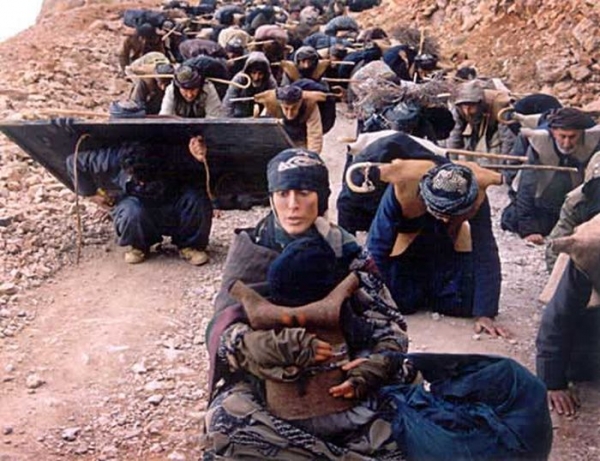 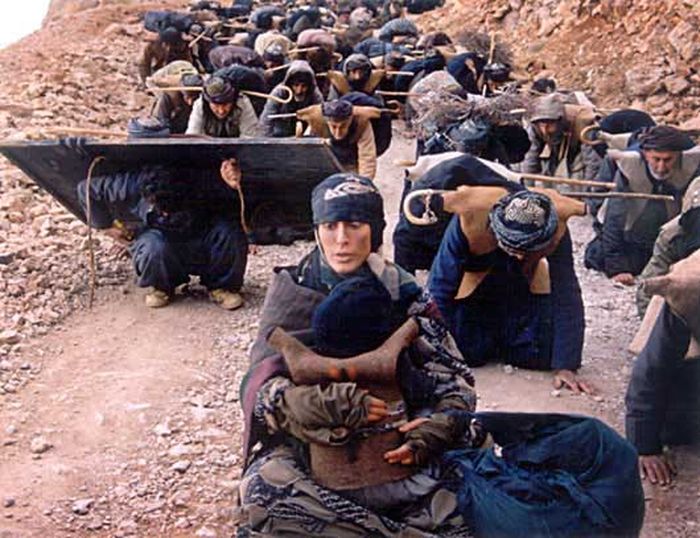 After a bombing in Iranian Kurdistan, schoolteachers wander from a village to another in search of pupils. One of them meets a group of adolescents illegally crossing the frontier between Iran and Iraq. He tries to teach them how to write and read, but they are not really interested. Another schoolteacher meets a group of old people trying to return to their native land on the other side of the boarder, in order to die there. Neither do they signal their desire to learn how to write and read, except perhaps a young widow…The schoolteacher falls in love with her and follows the group up to the boarder…

Twenty-year-old Samira Makhmalbaf was the youngest film-maker in competition at Cannes Film Festival. Her film was awarded the Jury's Prize.

More in this category: « The Horse Thief Joy of madness »
back to top