The Skies of our Childhood 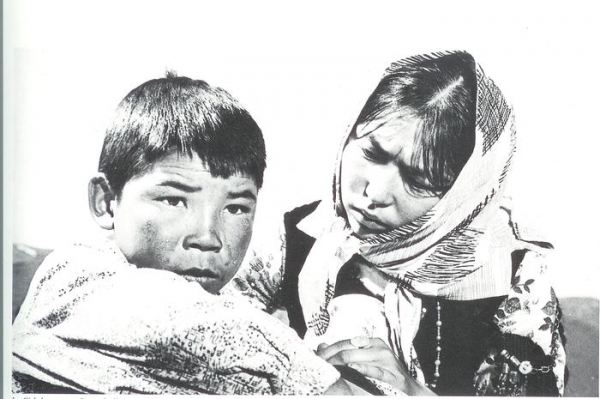 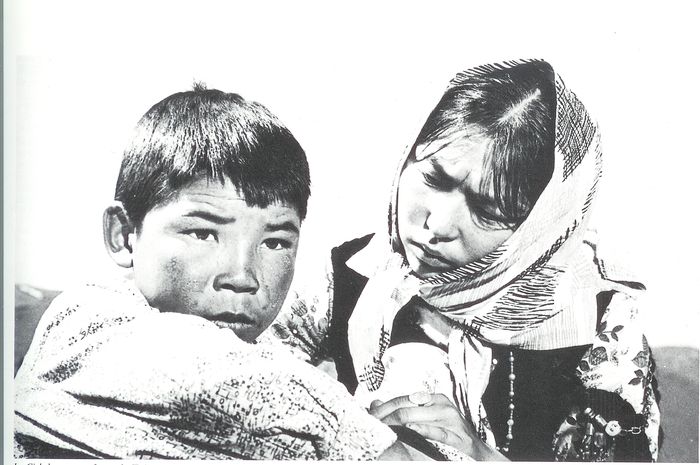 The horse breeder has aged and his children left long ago for the city. The old man has tried his best to keep his last son with him in the mountains, not because he is a capricious father, but because he wants to teach him the old tradition of being a horse breeder. The old couple’s relationships are very moving, they spent their whole lives in the mountains among horses. Next to the pasturage, a road is being constructed on which "iron horses" -cars and trunks- are already running. The broken-hearted old man finally allows his youngest son to leave for the city where he will study.

The Skies of Our Childhood is rooted in the abrupt and desert mountainous landscapes of Kirghizstan. The film is also a valuable ethnographic document remarkably shot, a painful and moving report about the disappearing Kirghiz population. We follow them, they are old and worn-down, keeping their head bowed and walking with a stoop, their body have shrunk on their horses. They climb a path in the mountain from which they soon disappear, for ever.

Tolomouch Okeev who died recently, is a major film maker from Central Asia. Several of his films have already been programmed in the festival.

To be born a Kirghiz among horses in Central Asia...

More in this category: « In Another Country Ajami »
back to top