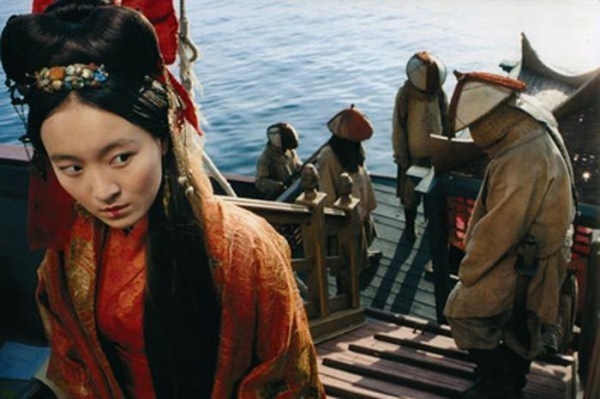 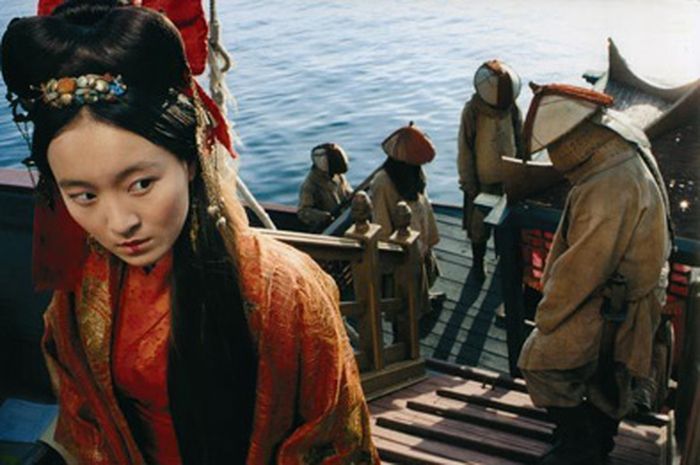 An old Chinese cabaret gives a performance about the famous Ching widow ‘s story, sung and danced by an old captain. The evocation is so overwhelming that the audience feels back to the reality of 19th century China. For years, admiral Ching has been in command of the fleet of pirates, financed by a revolutionary group. He is promoted to commander- in chief of the imperial stables. This treason condemns him to be poisoned by the hired hands of the shareholders. After his murder, the Ching widow decides to command his troops in order to uphold the honour of her husband and take revenge. She sails to and fro across the seas and never hesitates to attack the emperor’s boats, who sends his powerful naval fleet to wipe her out. The woman pirate is now surrounded and about to fight her last battle. The siege lasts until the emperor sends her an enigmatic message into the air which she decodes.

This very famous story is often performed in China. It is a fable about the power of the mighty, revenge and forgiveness. It is a manifesto for peace. To be a woman pirate...

More in this category: « Chunhyang The Hero »
back to top