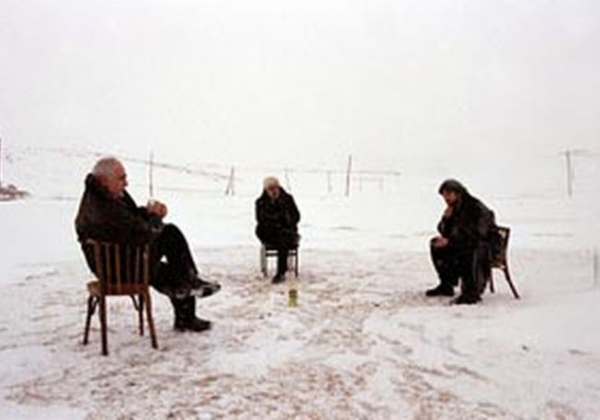 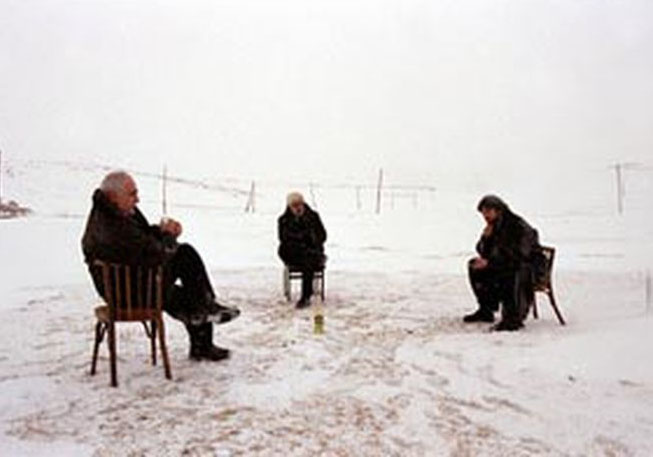 We are in the Kurd villages of Caucasus. Hamo is a retired red army officer in his sixties. A widower, all his belongings are an old red wardrobe, a soviet television, his military uniform and a seven dollar monthly pension. Every day, Hamo goes to the cemetery and brushes off the snow from his wife’s tomb. A little further, Nina, a beautiful fifty year old widow, brushes off the snow from her husband’s grave. In the old bus bringing them back to their villages, they are sitting three rows apart. Hamo looks at Nina. She glances back. The landscape outside the window is totally white except for the stones from this country.When Hamo returns to his village, a letter from one of his son living in Paris is waiting for him. The village is buzzing ; "the envelope must be filled with 100 dollar bills!" But Hamo’s thoughts are set on the beautiful stranger from the cemetery ...

"I wanted to talk about Kurdistan and the drama of thousands of people forced to leave their country who found themselves all of a sudden without any past. As I could not shoot the film in Kurdistan, I changed the script into a love story, yet without forgetting the tragedy of these destitute people who are also deeply isolated." Hiner Saleem

More in this category: « In the Ninth Month A Flood in Baath Country »
back to top