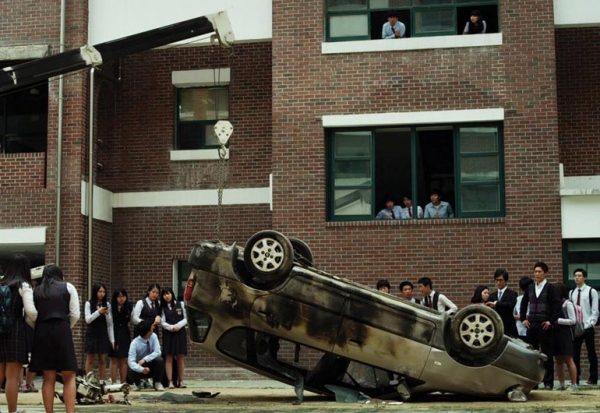 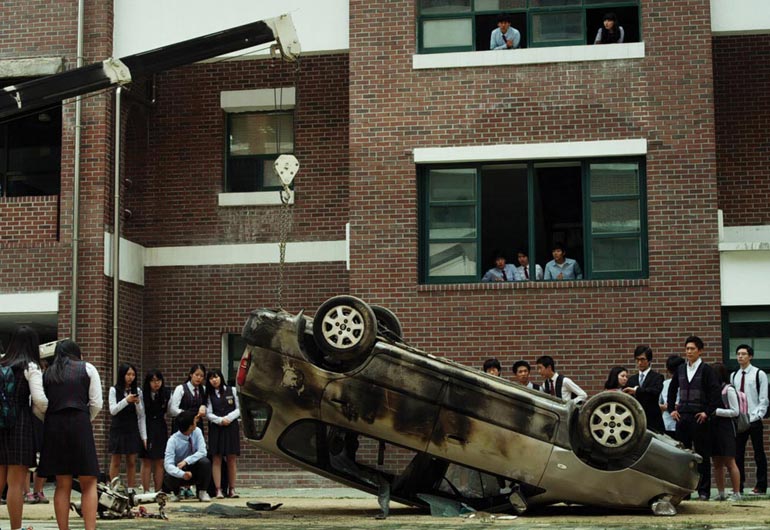 Yujin is in his final year of secondary school, with a brilliant future. He is found murdered. June, one of Yujin’s classmates, quickly falls under suspicion. But while trailing track of events, we discover the ultra competitive and brutal world of this elite secondary school. Students will enter the best universities depending on their successful ‘suneung’ exam, a sort of hyper selective baccalaureate. In order to rank among the first, some of them will stop at nothing, even the worst…
South Korea has the highest toll of youth suicides. We understand why when we watch the film directed by Shin Su-won, who worked as a teacher for ten years… The ‘suneung’ is a national event, as well as a social phenomenon which can leave its mark on some students for their lifetime.
Suneung is a critic of Korean education system and a detective story. The cult of academic success leads to an unprecedented social pressure well described by the struggle for life, a struggle until the death… of the concurrent!

More in this category: « Alliance Manuscripts Don't Burn »
back to top