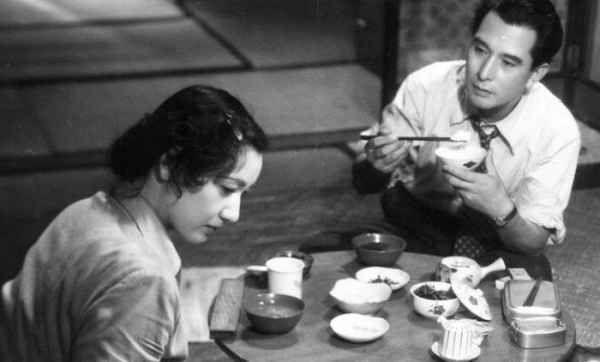 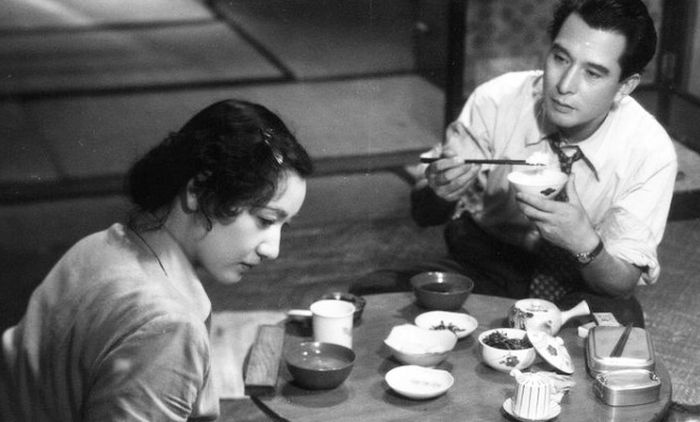 After professionally relocating from Tokyo three years ago, stock broker husband Hatsunosuke lives together with Michiyo in Osaka. Separated from her close relatives and fed up with endless domestic chores, the woman starts to doubt her relationship; even more so, since her non-careerist spouse only has a low-income status. At home, he spends his time reading the newspaper and asking to get served food. The frustrated housewife transfers all her affection to her only
companion: Yuri, the cat. The couple’s daily routine is disrupted by Hatsunosuke’s niece’s sudden appearance. The young woman escaped from home in order to avoid a marriage arranged by her parents. After an evening spent with her former school mates, Michiyo decides to return to her mother’s place in Tokyo to rethink her life.
The “repast” is usually a symbol for unifying family in Japanese Cinema History. In this movie, it is used as a rare dramatic device.

More in this category: « Sharqiya The Treasure »
back to top