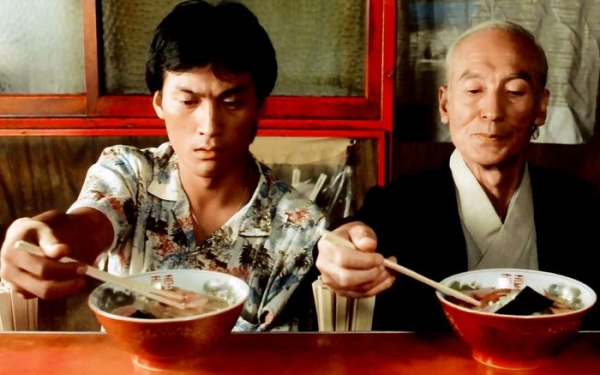 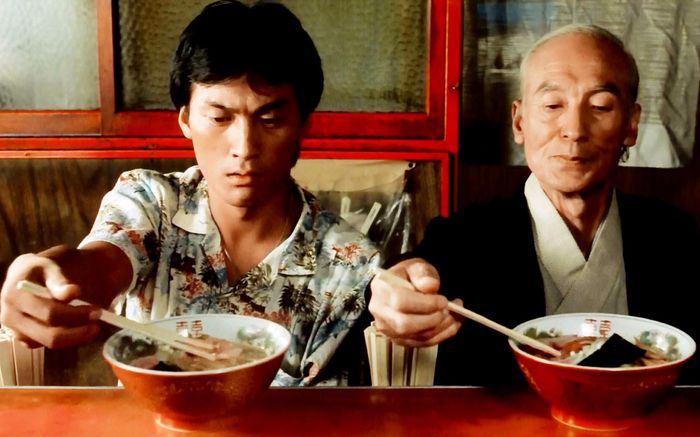 Young widower Tampopo runs a second-rate noodle shop in a popular district of Tokyo. She is trying hard to lead an ordinary life until manly truck driver Goro steps by. As a food lover, he thinks preparation of a good soup is something which requires a lot of patience and talent. The day he stops at her restaurant, he tells Tampopo her noodles lack…guts! She persuades him to teach how to cook. The couple will live a series of strange adventures all linked to food and will meet many funny characters, such as this curious woman who sneaks into supermarkets to palp fruits and cheeses…or a young couple which has a rather original way of using eggs behind closed doors…
The movie’s flavor reminds the best of Japanese soups.

More in this category: « Egg One league of Sky »
back to top