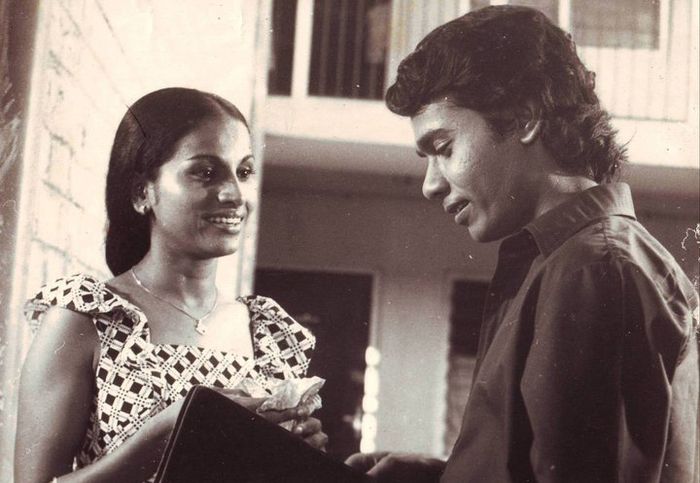 A married man and woman find their lives disrupted after their affair is exposed by the police. Leaving their respective families, the two decide to live together. Shortly afterwards, the woman secretly goes back to see her former husband. The man feels very guilty having abandoned his children and has serious doubts about his new situation. Having nobody to talk to and having no more trust whatsoever in his new partner, paranoia mounts and he disintegrates psychologically to point where reality and fantasy are blurred.
Hansa Vilak was ahead of its time and a movie like none other before in Sri Lanka Cinema. Sometimes quite experimental, it is most overall a movie of high sensibility. It shows like no other movie in Cinema History the sentiment of guilt and the consequences of an adultery affair. A masterpiece..

More in this category: « Sweet Bean An Autumn Afternoon »
back to top