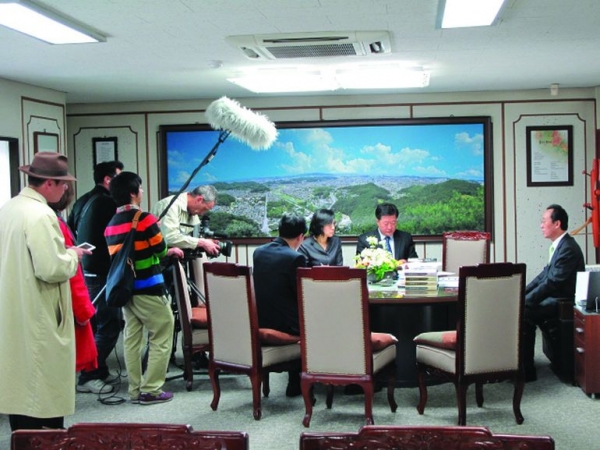 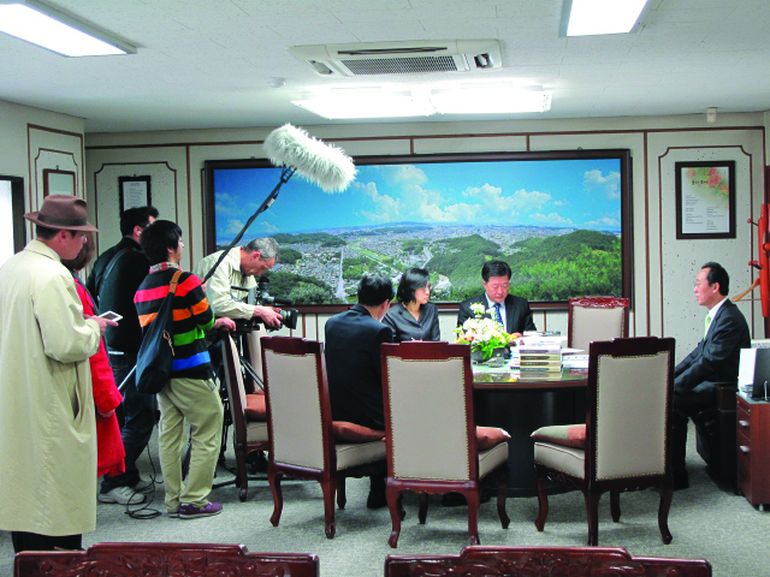 Claire Alby followed several persons in their daily lives: a journalist from the MBC channel, film maker Lee Sang-Yeon during his shooting about Jeonju international film festival, city mayor Mr. Hajin Song’s daily routine in the township and his private domain as an artist, young French PHD Thomas Vuillemot finding the last witnesses of the Japanese occupation and ‘feminine’ professors of Chon Buk national university.
Recording gestures, glances, conversations and silences between the protagonists, the director makes her “story “of Korea, a complex painful one in the line with every street of Jeonju, still waiting to be deciphered, analyzed and conveyed.

More in this category: « Across Land, across sea Chinese in Guyana & Martinique »
back to top