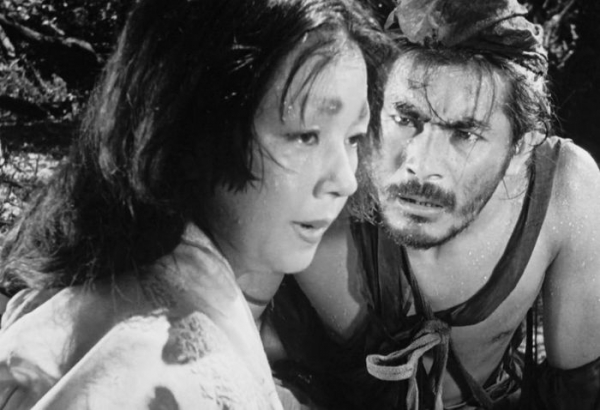 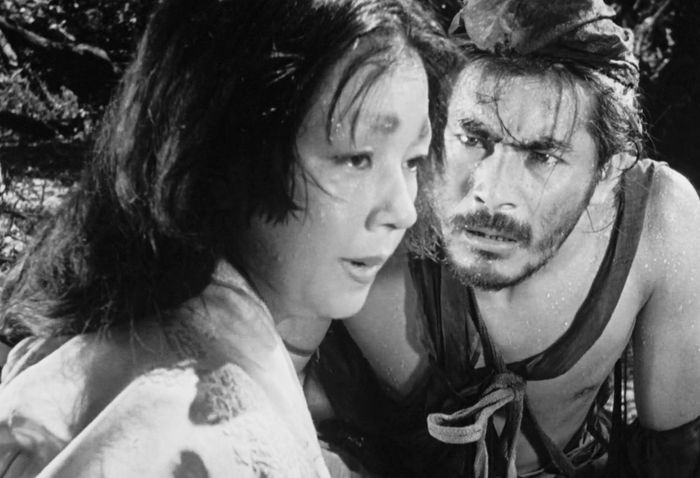 We are in Kyoto, in the 11th century. Three men shelter from the rain under the portico of Rashômon old dilapidated temple. Wars and famine are raging, yet a young monk and an old lumberjack are far more scared by the trial they just saw. They are so deeply disturbed that they force the third traveler to listen to the story of the trial: the case of a famous bandit accused of the rape of a young woman and of the murder of her husband, a samurai. The drama took place in the forest at the edge of which stands Rashômon portico. It is a simple story: who murdered the husband? Did bandit Tajomaru, the wife, or a lumberjack passing by do it, or did the husband commit suicide? There are many plausible hypotheses. But the witnesses appearing in Court keep changing statements giving new versions of the drama; truth only begins to dawn with new surprising revelations…

Awarded the Gold Lion at Venice festival and the Oscar for Best Foreign film, Rashômon is the film which revealed Kurosawa Akira as well as Japanese cinema to the world. It is undoubtedly one of the masterpieces of world cinema.

More in this category: « The Balcony Silk Girl »
back to top