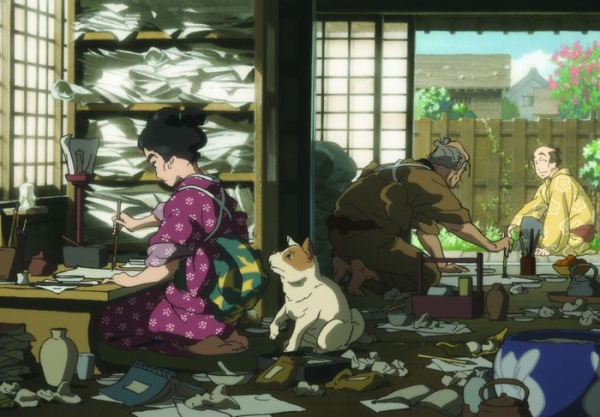 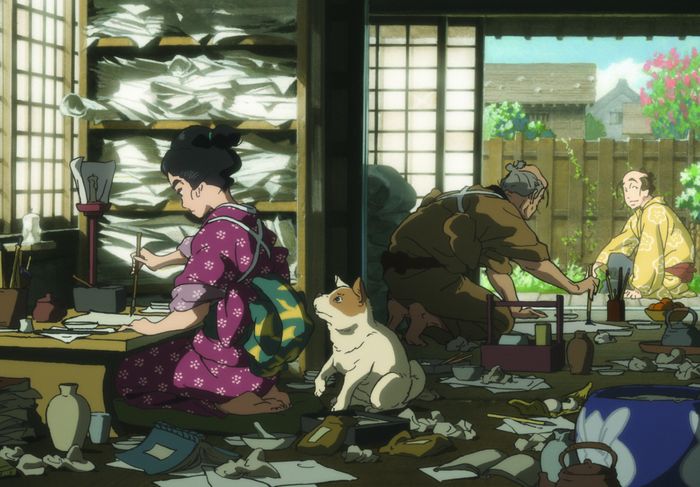 In 1814, Hokusai is a renown painter all over Japan. Among many works he painted “The Great Kanakawa Wave”. He lives in Edo (now Tokyo) with his daughter O-Ei and spends most of his time in their strange studio looking like a hovel. O-Ei has inherited both an artistic gift and a bad temper from her father; she helps in the family trade. O-Ei is in love with Hatsugoro, her father’s best disciple, but does not dare tell him. She is strangely fascinated by big fires which unfortunately are legion in the city of Edo. O-Ei has closely been working with her father for at least 25 years. Though she has often made drawings in the name of her father, she was never credited with having done the works.

The director of A Summer with Coo and Colorful gives a vibrant portrait of a free and unsubdued woman over the years, a woman full of energy, eclipsed by her father’s personality at the beginning of 19th century.

More in this category: « The Silence of the Rice Fields The Stone Lion »
back to top