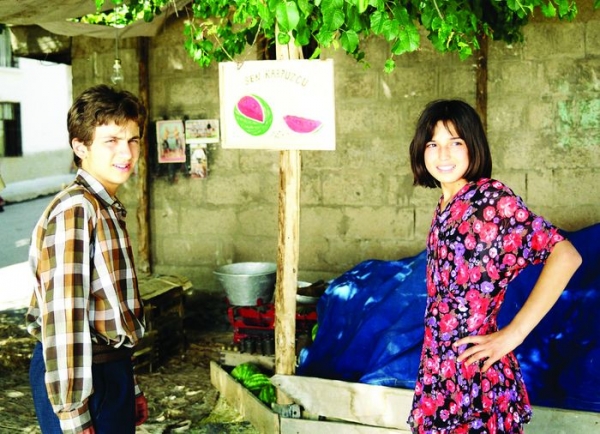 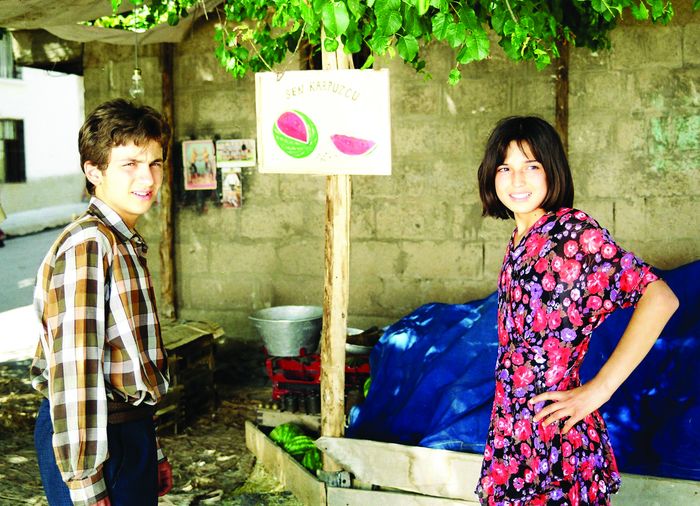 We are in Tepecik, an Anatolian village, in the sixties. Recep and Mehmet are two young farmers apprenticed one to a hairdresser and the other to a watermelon seller. Both are mad about cinema. At night in an abandoned cowshed, they try to build a makeshift projector under the eyes of Omer, the village idiot. They dream of becoming directors, which would totally change the course of their lives. One day, Recep meets Nezihe who is a widow. He promises he will bring her watermelons every day. This is how he is introduced to her elder daughter Nihal and Güler, the younger one. As his visits go by, Recep falls in love with Nihal, while Güler feels attracted to Recep…
“Boats Bound-of-Watermelon Rinds”- an expression invented by Kemal to illustrate the difficult objectives to achieve - is a largely auto biographical film full of freshness and emotion.

More in this category: « Love of May The Ferry »
back to top