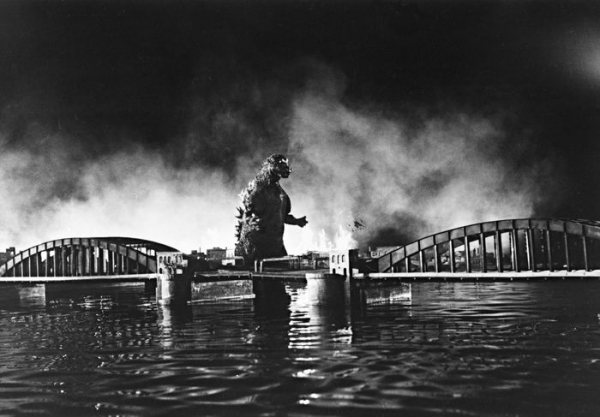 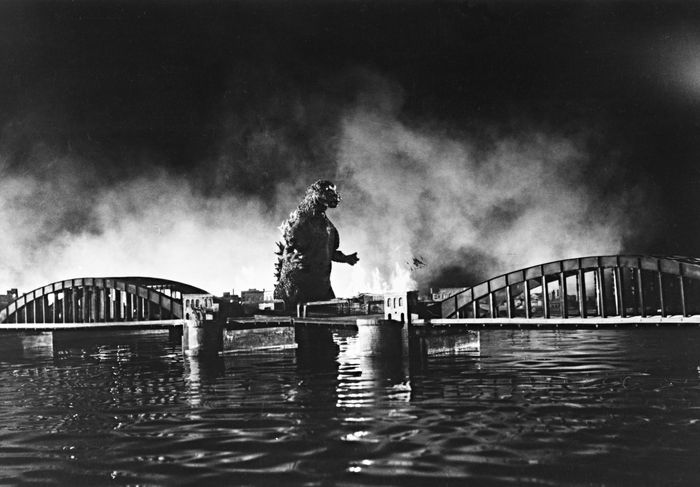 Several Japanese freighters sink after being hit by a mysterious lightning striking out of the ocean. Paleontologist Kyohei Yamane discovers giant radioactive footprints and a trilobite on a nearby island: underwater hydrogen bomb testings have created a sea monster, Godzilla. After consulting with international experts, the Japanese Self-Defense Forces construct a 430-metre-tall, 300,000 volt electrified fence along the coast and deploy forces to stop and kill Godzilla.

Godzilla is a worldwide pop culture icon, which created its very own cinema genre, the kaiju eiga (litt.: cinema of monsters). The original movie spawned 31 sequels produced by Japanese company Toho, three Hollywood films, and numerous video games, novels, comic books, television shows. With the nuclear bombings of Hiroshima and Nagasaki, Godzilla was conceived as a metaphor for nuclear weapons.

Huge success in Japan (more than 9 million audience members), the International version distributed by Americans was shortened by 18 minutes to reduce all sequences including nuclear testings and its consequences on the environment.

More in this category: « Conflagration The Tower »
back to top