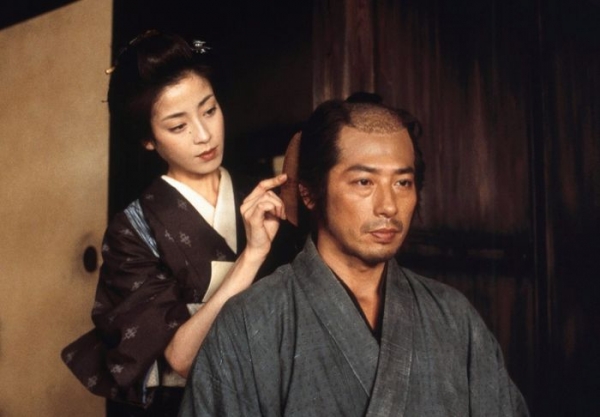 At the time of the decline of the Samurai, at the dawn of the Meiji era, Seibei Iguchi is a low-caste Samurai. A widower, he looks after his two daughters and sick mother alone, after long hours of work as a warehouse manager. As he always gets home early, his friends and neighbours call him “Twilight Sergei”. They advise him to get married again, but as he is poor, he will have to be satisfied with any woman he can get. It’s at this time that the love of his youth, attractive Tomoe, reappears, having divorced her violent husband. One evening when they are together, the drunk ex-husband surprises them and challenges Seibei to a duel. The latter manages, all the same, to win the duel with a simple wooden sword, using techniques taught by an old master. The news of his victory spreads, and he is designated by his clan to put down a very dangerous rebel Samurai.

More in this category: « The Gentle Indifference of the world Taste of Cherry »
back to top