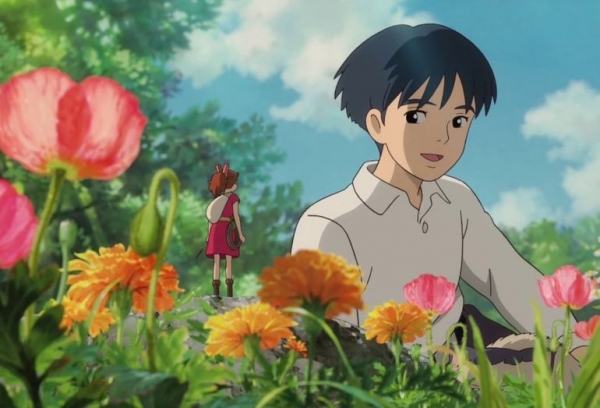 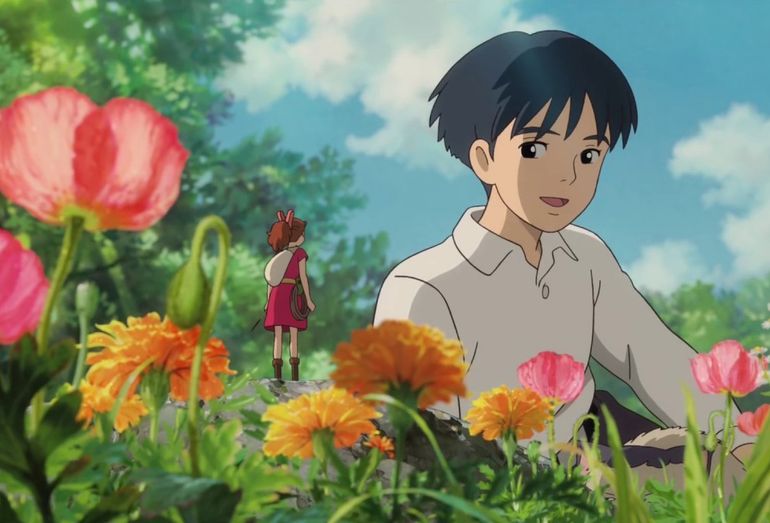 Twelve-year-old Shô is a puny sick boy who goes to live with his grand-mother and her servant to rest before a serious heart operation. The two old ladies stay in an ancient house with a rather neglected garden, in the western part of Tokyo. In the same place, under the wooden floor, a whole family of beings hardly a few centimeters high is also staying: father Pod, mother Homily, and their fourteen-year old daughter Arrietty. Their rule is not to be seen by human beings of a normal size. However, the boy soon meets Arrietty. This is the beginning of a juvenile romance and the girl will have to be very brave to keep her friendly relationship with the boy belonging to the kingdom of human beings: this is strictly forbidden by her people considering it endangers their unassuming survival.

“I hope this film will be a comfort and encouragement to the people going through difficult, chaotic and uncertain times.” Hayao Miyazaki.

“Just as the other heroines born at Ghibli, Arrietty has a true environmental awareness and knows how to overcome her weakness to defend her values and to grow”, says producer Toshio Suzuki.

More in this category: « In this Corner of the World Vent de folie à la ferme (Wind of madness at the farm) »
back to top