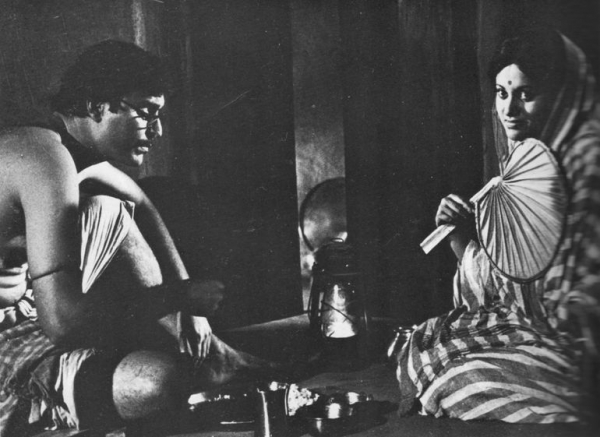 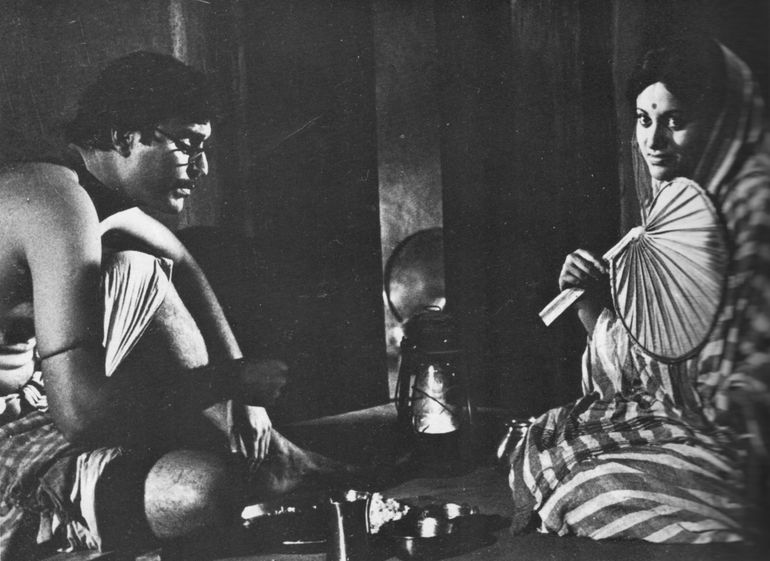 In the sky of Bengal, planes fly over the country where five million people died of hunger that year. This happens in 1943 and the planes wage war, a war not quite understood by the Bengalis who nevertheless are its victims. Below the planes on the ground is a village where Gangacharan and his wife Ananga recently settled. He is a Brahman (the cast of the ‘intellectuals’ for whom manual work is forbidden); he is not very experienced, nor a scholar, but he is a man of goodwill. In the context of cholera and hunger his wife is ready to defy taboos, but she will be unable to prevent her untouchable friend from dying.

This major work by Satyajit Ray is a deeply humanist film. Beyond his images of a striking beauty, his elaborate and moving music, and even beyond his characters so deeply attaching, it is the Bengali people who are the core of S. Ray’s reflection and compassion.

More in this category: « Shackled Lessons From a Calf »
back to top