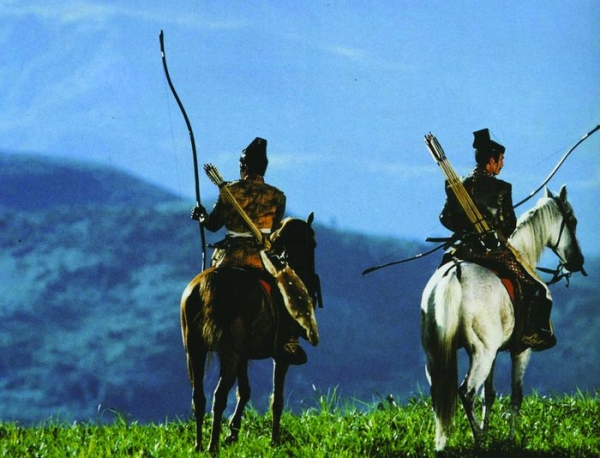 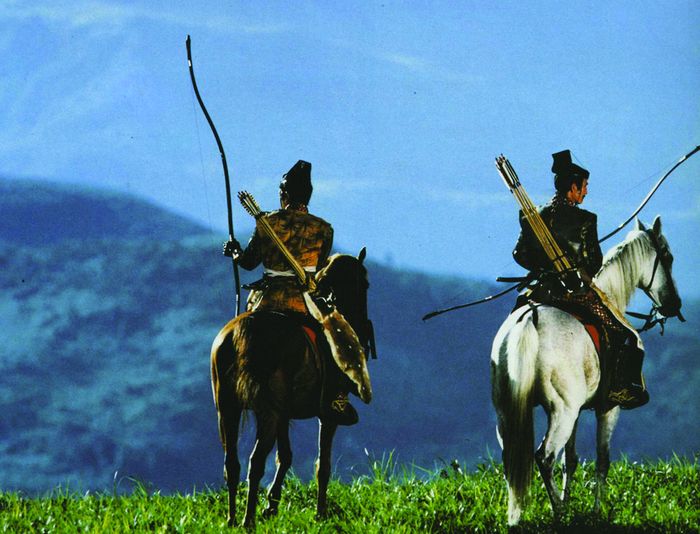 In 16th century feudal Japan with wars opposing clans, great lord Hidetora Ichimonji on the threshold of old age, decides to yield his power. In presence of his main vassals, he leaves the three castles of his domain to his sons' care and appoints Taro, the elder one, head of the House. Jiro, the younger, will live in the second castle and Saburo, the youngest, in the third one. Saburo, who anticipated the rivalry between his two brothers, rejects his father's decision and calls him a senile old man. Hidetora, whose pride is hurt, disinherits him and throws him out of his lands. He makes off towards the neighbouring territories of Fujimaki, a vassal of his father. As expected, Taro and Jiro tear each other apart, though agreeing to destitute their father and leave him no symbol of power. The abandoned father, close to madness, wanders about the vast moors which were once his domain, accompanied by his jester Kyoami. Both of them look like a pathetic couple lost in the expanses.

It is only after convincing French producer Serge Silberman that Akiro Kurosawa was able to shoot Ran. It is thanks to a Franco-Japanese coproduction that this exceptional film could happen.

More in this category: « Ulaanbaatar Hanoi »
back to top